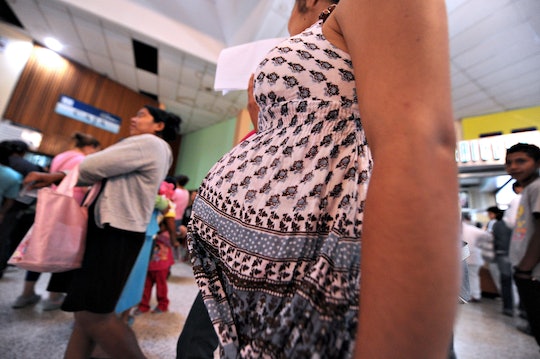 Is It Safe To Visit Hawaii Now That Zika Virus Was Found There?

News of the Zika virus outbreak in Brazil had travelers, particularly pregnant women, nervous about visiting Latin America. Additionally, a baby with microcephaly, the condition doctors believe is linked to Zika, was recently born in Hawaii, after its mother had contracted the Zika virus, according to Hawaii News Now. So is Hawaii safe to visit with Zika posing a threat? The simple answer is yes. It turns out that although the mother did once have the Zika virus, she no longer has it, nor does the baby. She contracted the virus while in Brazil in May 2015, while pregnant, and was then treated. Neither the mother or child are currently infectious, though the baby did still suffer the tragic birth defect from the virus, which causes babies to be born with abnormally small heads and underdeveloped brains.

Nearly 4,000 cases of babies born with microcephaly have been reported in Brazil in the last year, according to the New York Times, and the Centers for Disease Control and Prevention is currently warning travelers to take precautions when visiting Puerto Rico, Mexico, the Caribbean, Central America, and South America. Zika virus has now been found in nearly 20 countries, according to the CDC. But again, the United States, including Hawaii, is still not one of them. While there have been a handful of Americans who tested positive for Zika virus, according to Yahoo News, officials said they all likely contracted it while abroad.

While the effects of Zika virus can be devastating to babies born to infected women, it's actually a pretty mild virus, otherwise. People who contract the disease typically develop a fever, headache, rash, and joint pain that lasts about a week, according to the CDC. The virus is not transmitted from person to person; it's spread when a mosquito bites an infected person, and then goes on to bite a healthy person, infecting them.

So go ahead and enjoy your Hawaiian vacation, especially if you're pregnant. The U.S. remains safe (for now). But it certainly can't hurt to wear some bug spray.