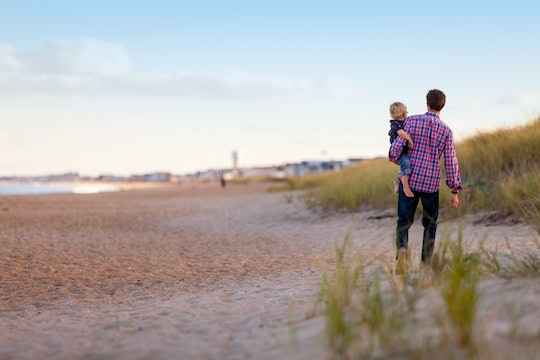 Is It Unhealthy For Men To Have Children Later In Life? Study Suggests A Few Risks

Most women are familiar with the pressures of the "biological clock." Though the weight of potentially dwindling fertility may influence a woman's decisions about her career and family life, men historically escaped the same level of pressure. Now, a new review article out of Georgetown University Medical Center suggests that men may be more vulnerable to age than previously thought. Is it bad for men to have children later in life? It may lead to unexpected complications, but the science isn't definitive.

The average woman begins menopause at age 51, according to the National Institute of Aging. Though that marks the end of fertility, research suggests that potential complications can begin much earlier. The Centers for Disease Control and Prevention reports that, just as birth defects are tied to smoking and drinking alcohol during pregnancy, they're also linked to getting pregnant at 35 years of age or older. In an article published in the American Journal of Stem Cells, Georgetown University Medical Center researchers explained that so much is understood about how a woman's behavior and choices impact a fetus because most studies of "epigenetic inheritance" center on the mother. Instead, Georgetown researchers decided to sift through studies that focus on the father.

A human's genome is their DNA; according to the National Human Genome Research Institute (NIH), "The epigenome is a multitude of chemical compounds that can tell the genome what to do." Scientists used to believe that an individual's epigenome was entirely unique from that of their parents', reported the University of Utah; now, they recognize that epigenetic tags can be inherited. These tags, according to Georgetown, can be helpful if they prepare a fetus for the environment it will encounter outside of the womb. But if epigenetic tags are prompted by events that aren't actually in concert with the fetus' future environment, they may prompt unhelpful adaptation.

Reviewing studies on the link between a father's age and epigenetic disorders, Georgetown researchers discovered a positive correlation between age and "elevated rates of schizophrenia, autism, and birth defects." They believe this may be due to "age-associated methylation" of DNA; according to What Is Epigenetics, age-associated methylation refers to modification of gene function over time.

Because Georgetown's article is a survey of existing studies, the writers stress that correlation is not causation; more research is needed to determine whether a father's age is linked directly to the development of epigenetic disorders. They mention that studies are conflicting; one found that high DNA methylation levels could actually lead to a healthier fetus. The researchers also mention that there is currently no certain understanding of how much the father and mother each influence a child's set of epigenetic tags — that would have to be determined by a separate study.

Georgetown's research suggests that it may be worthwhile for scientists to pursue further investigation into a father's influence on a child's epigenetics. But, because the research is young, there is no definitive conclusion that a dad's age directly influences the health of the fetus.