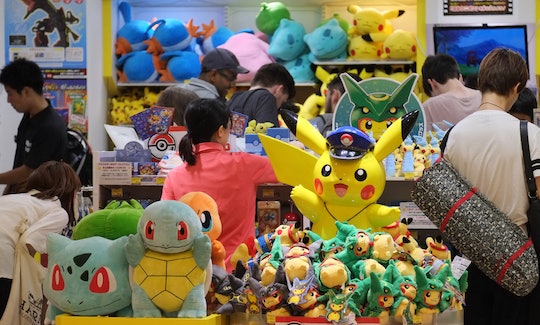 Is It Worth It To Catch A Zubat? People Are Carefully Weighing Their Options

Let's face it: By now, "Pokemon Go" has taken over. And if you are one of the dedicated Pokemon users, roaming around your neighborhood in search of Pokemon and Pokestops, then deciding on which Pokemon to catch is likely a significant part of your weekly, or daily (be honest) conversations. So, is it worth it to catch a Zubat? Many are complaining about their "hard to get" nature.

In a blog post published in Gamespot, writer Randolph Ramsay laid out exactly why he's had enough of the flying-all-over-the-place Zubat. And he certainly didn't hold anything back:

Nearly every other Pokemon I've encountered so far seems to be quite happy to be easily caught on the first try: swipe up to throw a Pokeball, hit the Pokemon, and boom, Pokedex expanded. You're pretty much the same, Zubat, at least when I eventually land a Pokeball on your eyeless noggin. I've used almost more Pokeballs on catching three of you than I almost have in catching the rest of my Pokemon crew (42 so far), and it makes me cringe.

Ramsay explained that the Zubats have cost him quite a bit of Pokeballs since its "fidgety" quality makes it hard to catch. But later on in his post, he admitted that he's "hooked" nonetheless and will do whatever it takes to catch Zubats – even if it means wasting more Pokeballs. And Ramsay doesn't appear to be alone, many have taken to Twitter to express a similar sentiment. One Twitter user compared the Zubat to a certain personality type you'd find at a bar.

"Zubat is like the person at the bar you're being nice with who plays hard to get even though you're not digging them," the Twitter user said.

On pokemon.com, the Zubat is described as poison-type with the ability to fly, and with a weakness to electric, ice, rock and psychic. It evolves to a Golbat, but many have noted that Zubats tend to be in abundance, and in some cases, not all that helpful. Pokemon are ranked by their CP or combat power levels. In a ranking tiered system listed by rankedboost.com, the ever-moving Zubats came in in the lowest group of Pokemon with the lowest CP levels. But an article in Quartz analyzing Pokemon did point out that strength can be in numbers when considering Zubats, so it may not be a bad idea to have some Zubats around at least. You do get Zubat Candy after all.

It's a tough call considering Zubats' low CP, and the difficulty in catching them. But who said Pokemon was going to be easy?

More Like This
10 Lessons We’ve Learned From The Very Complicated Parents Of Grey’s Anatomy
Prince Harry & Meghan Markle Could Take Us Inside Their Home For A New Docuseries
Rihanna & A$AP Rocky’s Baby Is Here!
Blake Lively Reveals Her Secret Ingredient For Being More Confident