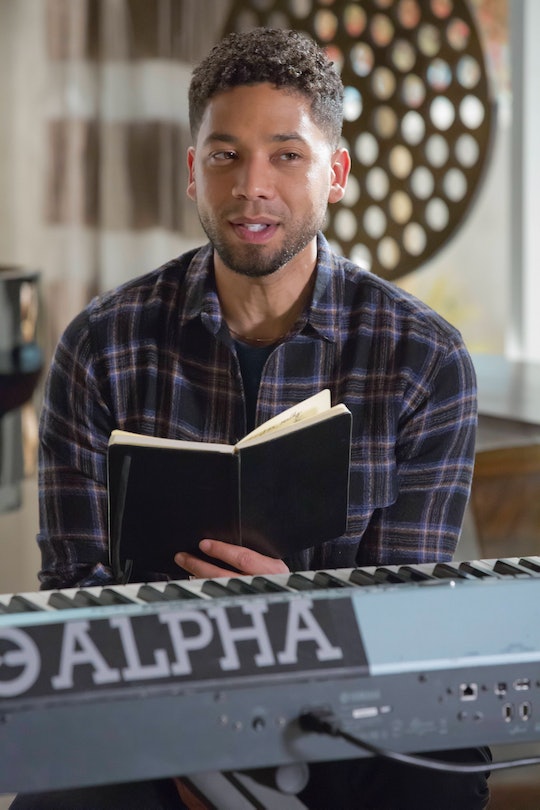 Is Jamal Leaving 'Empire'? His Death May Be Too Obvious

On the penultimate episode of Empire, one Lyon fell, and the question of whether he would live or not came into the forefront of the discussion leading into the Season 2 finale. On the red carpet for the music awards, Freda Gatz put two and two together and realized that Lucious Lyon was the one behind her father's death in prison. She reacted in a rather destructive matter which landed Jamal Lyon in the hospital clinging on to his life. The gun shot was meant for Lucious but hit Jamal, making many wonder if Jamal was leaving Empire at the end of this season by way of death. Is it possible that the middle Lyon will no longer be contributing to his family's legacy?

In a "First Look" for the finale, Taraji P. Henson promises that someone is going to die. But, does that necessarily mean that Jamal is going to die? That seems like a really easy choice for the show to choose, but I'm not sure if that's the choice the show will pick. Right now, Jamal might as well be dead. Fans have spent the last week before the finale shocked that he took a bullet for his father, potentially leaving him dead. If he died in the finale, then that's it. It's nothing shocking. But, if someone else dies, and Jamal survives, that would really be shocking.

Jussie Smollett certainly did nothing to extinguish the fire after releasing a tweet that certainly like Jamal dies in the finale. The tweet sent fans into a frenzy storm wondering if the actor was taking his final bow on the show.

"Listen, I mean it's all love and everything will, you know, all come together in the season finale and all will make sense. All of the questions will be answered, the holes will be filled, and the ribbons will be tied in a nice little bow."

So, does that give anything away? No. But, it would be very easy for Jamal to just die in the finale after the gun shot wound. Hopefully the show takes it a step further and brings him back into good health and shocks fans with a more dramatic death — one that sticks.