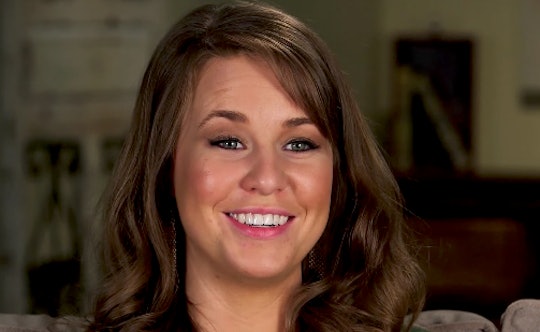 Here's The Story Behind Jana Duggar's Part On A "Birth Team"

The mysterious Jana Duggar. No one knows much about the eldest Duggar daughter, because she's not married, engaged, or in a courtship (so she hasn't had an entire season devoted to that process on her family's TLC show, Counting On) and she isn't on social media for fans to follow every aspect of her life that she chooses to share. But she was involved in activities outside the Duggar home in the family's previous TLC offering, 19 Kids And Counting. She's been called a concert pianist, a first responder, and Jana was reportedly a "midwife assistant" once.

Back in 2013, Jana and her sister, Jill, did a guest blog for TLC. Jill was in midwifery school to be a Certified Professional Midwife (CPM) at the time. Jana, on the other hand, wrote that she was "working under a local midwife," and later on wrote that she was working "as a midwife assistant and doula."

But that's not the same thing as a midwife, and that was four years ago. Jill reportedly passed her exam to be a CPM in September 2015, according to Us Weekly. However, it doesn't seem like Jana pursued that certification, or that she really gets involved in births outside of the family now.

In that same blog post, Jana wrote that she was once part of the same birth team that Jill was on. But her interest in midwifery appears to be limited to that. Unless you count her recent assistance in delivering a calf, as her brother, John-David, described in a video posted to YouTube by TLC. Not exactly the same thing as helping human moms have babies, but close?

In the video, someone from TLC asked Jana where she sees herself in five years, and she didn't mention anything about being a midwife. She didn't seem to have many specific plans at all, actually. She says she's definitely tempted to get married, to feel more included with many of her older siblings who are married and off having kids. But Jana didn't want to marry the first guy that came along, which is totally her prerogative.

Instead of continuing with midwifery, Jana appears to do a lot around the Duggar home. She helps take care of her little siblings, and does cooking and cleaning, according to In Touch Weekly. She also enjoys working in her garden, the publication noted.

But Jana does have other skills outside of the home and besides the limited midwifery training it seems she received. For example, Jana, John-David, and Jill once completed emergency response training to become Certified First Responders and volunteers for their local fire department, according to The Epoch Times.

Jana's parents, Michelle and Jim-Bob Duggar, described her as a "concert pianist" and said she was "involved in many ministries" in a Facebook post in early 2015. But several fans and publications pointed out that Jana is likely not actually trained as a true concert pianist.

And in 2014, Jana co-wrote a book, Growing Up Duggar, along with her sisters, Jill, Jinger, and Jessa. So technically, she could add "author" to her personal resume.

So while Jana may not be an official midwife, she does seem to have other activities to occupy her time. And she does assist at some family births. In fact, she was present at her sister Jessa's latest childbirth — though her nephew, Henry, came so quickly that she almost missed it, according to People.

Most of the latest news about Jana is about whether or not she's courting, because she's the only one of the older Duggar girls who isn't married. But hopefully Jana doesn't let that pressure to meet someone get to her, and just enjoys the hobbies and activities she fills her time with instead.

Although, for the record, I personally wouldn't mind a new reality show about Jana going out into the world and learning something entirely new and different, away from her family. Get on it, TLC.