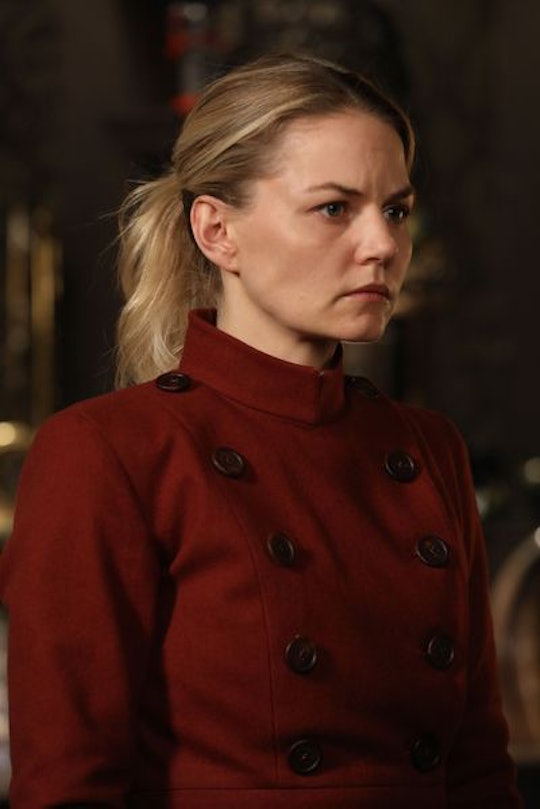 Jennifer Morrison Will Showcase Her Singing Abilities On 'OUAT'

Once Upon a Time is getting the musical treatment. As Emma prepares for the "final battle," and also her wedding to Hook, fans will see her parents make a wish for her to never be alone in a series of flashbacks. For some reason, that leads to everyone bursting out into song, hence the musical portion of the episode. However, they'll also be singing in the present day, meaning viewers will get to hear Emma sing as well. But is Jennifer Morrison really singing on Once Upon a Time? It turns out that she is!

All of the songs in the musical will be original tunes, sung by the cast members themselves, and this won't be the first time Morrison will end up showcasing her vocals for a role. Last year, she showed off her musical talents as The Abbess in the film Albion: The Enchanted Stallion. Not only does she sing, but she does so as three different characters, which is an amazing feat in it of itself. Besides that though, it doesn't appear Morrison has done any other singing work, but still — she's already proven herself more than capable of taking this on.

Along with Emma, almost everyone else will sing a tune for the special episode, including her parents (Snow and Charming), her son Henry, Hook, Zelena, Granny, Grumpy, and Geppetto. Each song will be tailored to their character and tie into the story, leading up to Emma and Hook's wedding, which is the main focus of the episode. For Emma, her song is aptly titled, "Emma's Theme."

In the sneak peeks that have already been released, fans can see Hook singing his song "Revenge Is Gonna Be Mine," along with his fellow pirates. Meanwhile, the Evil Queen, along with others, sings "The Queen Sings," and "Love Doesn't Stand a Chance." Based on these clips, it's clear the music will cross genres and the musical episode will not only include singing but also some dancing, as any good musical should.

The music for the episode was written by Alan Zachary, Michael Weiner, and OUAT composer Mark Isham. If you love the songs from the episode, you can now find them on iTunes. The soundtrack, Once Upon a Time: The Musical Episode, was released ahead of the episode on Friday, May 5.

So if there's a particularly catchy tune that you want to hear again and again, you can download it and listen to them on repeat until you know all the words by heart.

The Once Upon a Time musical episode airs on Sunday, May 7 at 8 p.m. ET. on ABC.