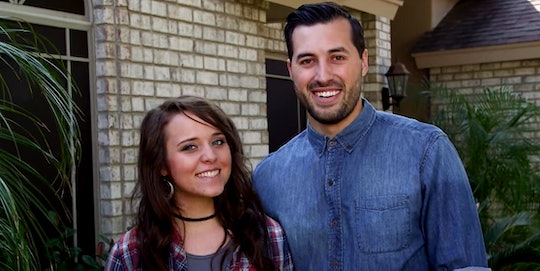 If You've Ever Wondered If Jeremy Vuolo Is Religious, His Career Path Says It All

You don't have to be an avid fan of the Duggars to know this super-sized family is both conservative and religious. As Michelle and Jim Bob Duggar have shown during their years on 19 Kids & Counting, they've raised their 19 children to follow strict guidelines concerning things like modesty, gender roles, courtship, birth control, alcohol, education, and more. Now that the majority of the Duggar children have reached adulthood, it's hard not to wonder if any of them have veered away from some aspects of their upbringing. Particularly, fans have recently been interested in Jinger Duggar-Vuolo, who is number six in the Duggar sibling lineup, often wears pants, lives out of state, and is currently expecting her first child. As a Duggar child, though, it's safe to assume that Jinger herself is quite religious like the rest of her family, but what about her other half? Is her husband, Jeremy Vuolo, religious like the Duggars and was he raised with a similar belief system?

Jim Bob has previously explained that his family is considered Independent Baptists, as reported by The Hollywood Gossip. And yes, their son-in-law, Jeremy Vuolo, is also religious; he is a pastor at Grace Community Church in Laredo, Texas. According to the church's website, Vuolo has been leading there since August 2015.

The couple's website gives even more insight into Vuolo's religious journey through the years. "I was raised in a Christian home by faithful parents who loved the Lord and raised me and my two older siblings in the fear and instruction of the Lord," Vuolo writes under the "Our Faith" tab. "Being raised by such godly parents actually made it difficult for me to know if I truly loved God for myself during my childhood years or if I was simply being an obedient son!"

Vuolo went on to explain his not-to-godly past:

I had been homeschooled most of my life but began attending public school in my junior and senior year and it was during my senior year that a lot of sin in my heart began to be exposed. I began getting involved in the weekend party scene. This continued into college and my sin just continued to spiral my life downward.

While still in college, Vuolo abandoned "the party scene" and developed a renewed dedication to his Christian faith. He pursued a career as a professional soccer player from 2011 to 2014, and then decided to pursue a calling to become a preacher. Vuolo married Jinger Duggar in November 2016, according to People, and they are currently expecting their first child together, who's due to arrive in July.

Through the years Jinger and Jeremy Vuolo have remained a fan favorite on Counting On, in part, because they seem to live their lives on their own terms — and not in a typical Duggar fashion. Although the Duggar women typically adhere to a no-pants policy, Jinger has frequently been spotted in pants since marrying Vuolo. During a sermon in Laredo, Voulo addressed his views on the topic “It is your liberty as to whether you dress modestly with a modest pair of pants, or with a skirt, or with a T-shirt, or with a blouse," he said, according to The Hollywood Gossip. "It is not your liberty, women, to wear sensual, seductive clothing that is designed to draw the attention of your brothers."

Vuolo apparently has a tattoo on his arm, too, as reported by In Touch Weekly — something many conservative Christians frown upon because of a verse in the Bible. However, the pastor seems to make it a habit of wearing longer sleeves, so his ink isn't typically visible, according to the publication, which noted that it's on his upper right arm and it might be a Bible verse.

Although Jeremy Vuolo appears to have slightly different views on things like modest clothing, tattoos, and even drinking, he obviously obtained the all-clear from Jim Bob Duggar. So these differences must not have been too great for the Duggar patriarch to handle. As for Jinger? I, for one, am elated to see her "let loose" in a pair of pants. And it'll be interesting to see how the Vuolos' religion will affect their parenting approach once their baby girl arrives this summer.