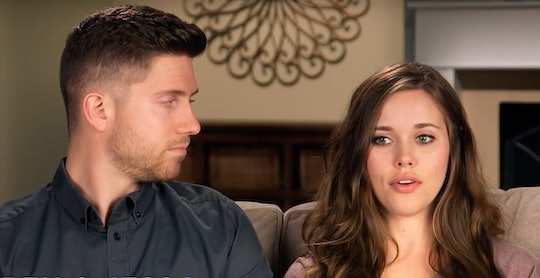 The Duggar family is about to get a little bigger and fans can't help but wonder about the newest addition to the ever-expanding family. Ever since she announced she's expecting her third child, many are likely curious about whether Jessa Duggar is having a boy or a girl or if she even knows the sex of her baby-to-be. The Counting On star previously shared a sonogram photo on Instagram that some fans think may provide some hints, but she and husband Ben Seewald seem to be in no rush to find out or reveal this detail.

Jessa first announced news that she's expecting her third child in January on her family's blog, later posting a sonogram photo on Instagram alongside ones from her previous children. In the post, she noted that all three kids appear to share the same adorable nose. She has since shared one bump photo, along with a message about the loss of her sister-in-law Lauren Swanson's miscarriage.

What she hasn't posted about is whether she's having a boy or a girl, but that hasn't stopped internet sleuths from speculating, of course. Some Counting On fans seem to think the initial sonogram 26-year-old Jessa shared reveals that she's having a baby boy, despite the fact that the image is a bit fuzzy and, ya know, they're not doctors.

As Jessa pointed out when she first shared the image, the sonogram looks strikingly similar to that of her first two sons. For this reason, many fans are convinced they are having a third son. One commenter noted, "I say boy! Forehead is like the first 2." It's worth restating the obvious here, which is that the children are siblings and are likely to have similar features regardless of their sex.

There is nothing else visible in the sonogram that suggests it's a boy, but fans are pretty certain anyway. "I'm thinking a little boy," one fan commented on the Instagram post. Another said, "I'm guessing boy."

Other fans seem to spot a slight difference in the three sonogram pictures, and believe it's indication Jessa and Ben could be welcoming a daughter. And even fans who didn't spot a determinable difference in the sonogram have commented that they "hope it's a girl this time."

One more chimed in, "Team girl!"

Jessa and Ben, for their part, have said on their blog that they speculate they're having another boy. And if that's the case, they "already have a ton [of] clothing and accessories ready to pass down!"

The couple shared on their blog, however, that if they're having a girl, they would "love it," writing: "We would absolutely love it if we found out we were having a girl — though we’ve joked that we’d be starting from square one and might have to learn a few things." Regardless, the couple is "overjoyed that God has blessed" them with another child.

With all that said, it's unclear if Jessa intends on announcing the sex of her third child prior to their birth. She has shared significantly less this pregnancy, perhaps in light of Swanson's miscarriage. The pair shared the same due date, as Jessa revealed on Instagram. Whether it's a boy or a girl, this is a joyous occasion for the Seewald and Duggar families. Counting On fans surely can't wait to meet the newest addition to their sweet little family.