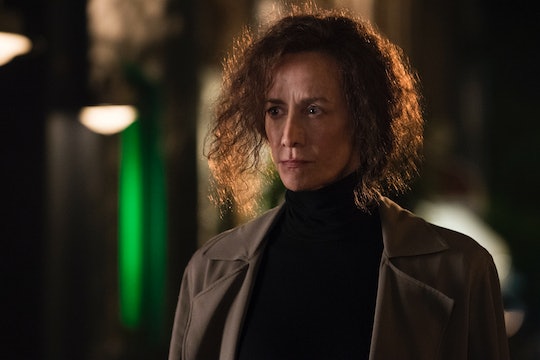 Warning: Season 2 spoilers ahead! Jessica Jones' life was forever changed when she was a teenager and her entire family died in an accident that also led to her gaining powers. She lost everyone she loved, and that trauma continued to affect her 17 years later. So when she discovered that her mother didn't actually die in the car crash in Season 2, the repercussions were major. But is Jessica Jones' mom in the Marvel comics? How accurate is this storyline to the source material?

Alisa Jones does exist in both the show and the comics, but the two characters could not be more different. Jessica's adoption by Dorothy Walker — and subsequent sisterly bond with Trish — is one of the most important aspects of the series, but it's a connection that's missing from the comics, where Jessica's backstory is a little bit different. She starts her life as Jessica Campbell, but after the death of her family she's adopted by Dave and Alisa Jones. Unlike the Netflix show, they aren't her biological parents, though making Alisa's maiden name Campbell seems to have been a nod to their decision to combine the characters.

While they may share a first name, the Alisa Jones of the comics couldn't be farther from her Netflix counterpart.

Jessica's biological mother doesn't seem to have been fleshed out all that much in the comics. Jessica's biological dad was an employee of Tony Stark, who gifted the family with tickets to Disney World that they were taking advantage of when they collided with a truck carrying toxic waste. As in Season 1 of the show, everyone was killed except for Jessica, but it was the hazardous chemicals in the truck that gave her powers, not the shadowy agency IGH.

That's pretty much where it begins and ends with Mrs. Campbell. Alisa Jones is a different story, though she still doesn't resemble the Alisa of the show at all. Her relationship with Jessica isn't ideal regardless of the context, with The Wrap reporting that things are "strained" between Jessica and Alisa in the comics as well. After Jessica marries Luke Cage and gives birth to their daughter Danielle, Alisa is on hand to babysit, though she has some criticisms about her daughter's superhero lifestyle.

It's difficult to imagine the Alisa of the series fulfilling the same function, though she probably would have wanted to if the extenuating circumstances weren't what they were. When IGH brought her back from the brink, healing her extensive injuries through questionable medical practices, they left her with super strength and a hair trigger temper that consistently exploded at exactly the wrong moment. Actress Janet McTeer told Mashable:

That was fun, you know, the idea of being someone who works really hard to control her emotions, control herself. She doesn't know how to do that particularly but she tries very hard in all kinds of different ways and doesn't always succeed.

While that had resonance with Jessica's own journey to come to terms with both her abilities and her rage, it didn't have much to do with the comics. Neither of Jessica's mothers in the comics shared her superpowers, nor did they come back from the dead at any point. Her bio mom decidedly did not survive the accident, and her adoptive mother was there the whole time even if she couldn't always provide what Jessica needed.

Alisa's arc in Season 2 of Jessica Jones is a case of the series departing from the comics that inspired it. It put a different spin on the source material, and found something new to say about the history of its titular heroine.