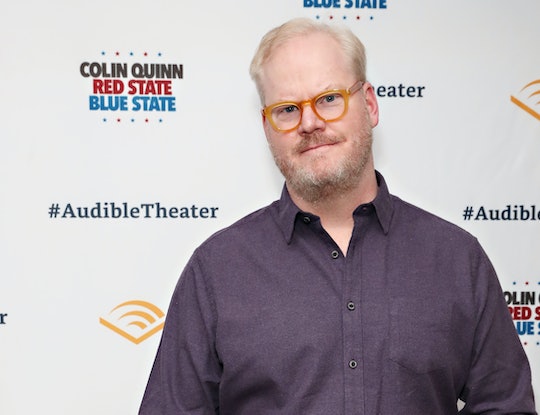 Calling all comedy-lovers — I've got good news. Jim Gaffigan (he of Hot Pocket fame) has a new stand-up comedy special available to stream right now. But unlike many recent stand-up specials, Jim Gaffigan's Quality Time isn't on Netflix and it's not an HBO special either. Quality Time is an Amazon original, so if you're not already a Prime subscriber, you're going to want to take a closer look at your options here.

The special is exclusive to Amazon Prime or Amazon Video members only, according to Gaffigan's website. This means to view Quality Time, you'll need to snag a membership for $9-$13 per month. If you're looking for the easiest, most affordable way to catch Gaffigan's special, try a month of Amazon Prime Video. If you want to watch and shop for all the things with expedited shipping, an Amazon Prime membership may be your cup of tea instead. Whichever path you choose, Quality Time will be available via the Prime Video app for TVs, connected devices including Fire TV, mobile devices and online. The special will also receive a global release available on the Prime Video website in more than 200 countries and territories.

If you don't want to pay for Amazon Prime at all, well then I suggest cozying up to a good friend who does pay for Amazon Prime and invite yourself over for a movie night. Gaffigan's comedy rarely misses the mark, and it's probably not a special you'll want to miss out on if you're a comedy fan. And who doesn't need a good laugh every now and then?

Quality Time follows Gaffigan's last standup special, Noble Ape, which you can catch the old-fashioned way — on DVD or renting on Amazon once again.

Quality Time was filmed at the State Theatre in Minneapolis in March and, like Noble Ape, directed by the comedian's wife, writer-producer, Jeannie Gaffigan. The trailer above shows a few of the things Gaffigan talks about, including lying to his kids, jokes about his weight (and the way audience responses have changed), and running the New York City Marathon, saying, "Turns out, I couldn't run the New York City marathon because, I didn't want to." He follows up by admitting he uses that excuse for a lot of things, like birthday parties. On a side-note, from personal experience I can confirm that "I didn't want to" is really effective when turning down plans. Try it.

The four-time Grammy nominee spoke to Deadline back in January about his involvement in Amazon's first ever comedy special saying, "I am so honored to be Amazon’s first original stand up special. This is going to be exciting." This isn't Gaffigan's only project with the streaming service, either. Gaffigan also starred in Amazon Studios’ film Troop Zero (with Viola Davis and Allison Janney). This is your chance to jump on the Gaffigan train before it rolls full steam ahead for the streaming giant.

If you're on the fence with Amazon Prime Video for the sole reason to catch Gaffigan's Quality Time, there aren't many reasons *not* to give it a shot. The price isn't too high for what could be an evening full of laughs. There are worse ways to spend $9-$13 and a Friday night. Just sayin'.