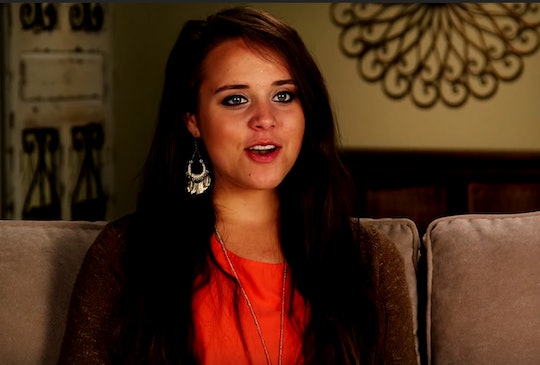 Jinger Duggar's Parents Are Both Ultra Conservative, But Is She?

Jinger Duggar, who's currently expecting her first child, is one of the 19 Duggar siblings willing to put herself out there. From her Instagram account to her appearances on her family's reality TV show, Counting On, Duggar clearly isn't afraid of letting people into her life. But, because she's in the public eye, it's understandable that people might wonder about her stances on important issues and if Jinger Duggar is conservative, if only because her family is well known for its traditional beliefs, especially when it comes to topics like politics and modesty.

Morals and values are two of the many things that start in the family; parents have a huge influence over what their kids believe. And if you're familiar with the Duggar family, then you're aware that the ever-expanding family is more traditional than most. They follow very strict rules for dating, fashion, going to the beach, and more.

So, it shouldn't come as a surprise that the heads of the Duggar family, Jim Bob and Michelle Duggar, are Republicans, as The New York Times reported. In the past, Michelle has spoken at the annual Conservative Political Action Conference — a conference where Republicans meet once a year to discuss the issues facing the Republican party. And in 2002, Jim Bob ran for the Republican primary in the Arkansas Senate race as a Republican, according to The New York Times. Just last year, Jim Bob and Michelle wrote on Facebook that the country was "turning back to God" when Donald Trump was elected president.

But just because her parents are Republican and Jinger was raised in a conservative household, it doesn't automatically mean that Jinger is conservative herself (or as conservative as her parents) — especially since she has not outright said that she is or isn't and doesn't appear to share her beliefs on social media.

Jinger's husband, Jeremy Vuolo, is just as religious as Jinger's family — he is a Christian and an ordained pastor in Laredo, Texas. And during a sermon last July, Vuolo reportedly said that President Trump, a Republican, has the "authority of God," according to The Hollywood Gossip. In the same sermon, Vuolo also said that all world leaders have the "authority of god," but that doesn't say much about his political beliefs.

Jinger has described Jesus as "being everything" to her and wrote, in a blog post, that God forgave her for having "a rebellious heart." Because of this, it is very likely that Jinger holds some conservative beliefs, although she has yet to publicly identify as such.

In spite of her traditional values, some people view Jinger to be the more "rebellious" of the 19 Duggar children (as previously stated, even she has talked about her rebellious side). That's because Jinger was one of the first of the Duggar women to be publicly seen wearing pants — despite her family's rule that states that women can't wear pants. This rule was established based on the family's tradition of dressing modestly. But Vuolo has stated that he thinks it is OK for women to wear pants, which is why Jinger has been wearing them, according to the Ashley's Reality Roundup. But that obviously doesn't make Vuolo a liberal, and according to Inquisitr, Vuolo is still pretty conservative.

The decision to wear pants is a bold one for Jinger and proves that she can branch out from her own family's values and hold a different opinion than the ones her mom and dad might have. But based on who she surrounds herself with and her family members, it can be surmised that Jinger is likely pretty conservative. To a lot of families, tradition means everything, and that is a definite for the Duggar family.