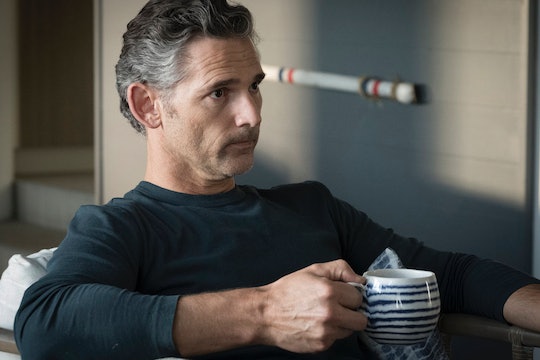 Bravo's Dirty John is a scripted series based on a podcast about a real person: a man named John Meehan whose questionable relationship with Debra Newell raised her daughters' suspicions. On, the show, it seems like John's time with the family is building towards something bad. But can the story that inspired the show offer any answers about the direction it will take? Is John Meehan still alive?

Meehan was killed during an altercation with Debra's youngest daughter Terra in 2016. Tensions had been escalating in the family because of Meehan and Debra's on-off relationship, but at the time it seemed like they were finally off for good. According to the LA Times, Debra's older daughter Jacquelyn had reported seeing Meehan in the area and was wary of something happening, but they didn't necessarily expect that he would target Terra.

On Aug. 20, 2016, Meehan apparently waited in the parking lot by Terra's apartment for her to arrive home from work. It was around 5:30 PM. After Terra got out of the car with her dog Cash, Meehan reportedly approached her from behind and asked, "Do you remember me?" Then he is said to have attacked her with a knife, which led to a scuffle between them. A young neighbor saw them fighting and told her mother to call the police.

Terra defended herself, receiving several minor injuries in the process. Per the LA Times, she was on the ground pedal-kicking Meehan when she managed to knock the knife out of his hands. It landed close enough that she could grab it and she stabbed him thirteen times, rendering him unconscious. Her final strike had been to Meehan's eye, and after the fact Terra told reporter Christopher Goffard, "I guess that was my zombie kill. You need to kill their brain. That's what I did." It was something she had supposedly picked up from years of watching The Walking Dead.

Meehan was reportedly not breathing when police arrived on the scene, but started breathing again after being given CPR. He lived for four days after the attack, though it appears he was not conscious during that time. On Aug. 24, Meehan passed away because of his injuries. He was 57 years old. Newport Beach police spokeswoman Jennifer Manzella informed the Times that no arrests were made. Terra had acted in self-defense.

Afterwards, Terra suffered from PTSD, and it's still something she's dealing with. Ahead of the Bravo show's premiere, Debra told Fox 5, "Terra has triggers of PTSD, especially right now. She's staying with me right now and we are just hibernating and hanging out. I still have guilt about what happened, but so many people reach out to me and say this could have happened to anyone."

The opening minutes of the premiere episode of Dirty John hinted at its unexpected conclusion, though it didn't reveal exactly how everything would unfold. But even after learning the full story, it still seems impossible to have predicted just how it would end.