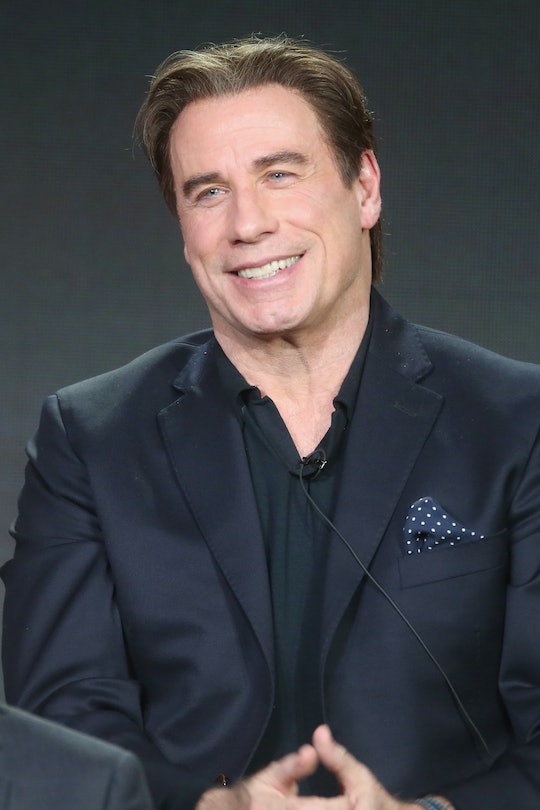 Is John Travolta Watching 'Grease: Live'? The Original Danny Loves The Idea Of A Live Remake

Fox's live rendition of Grease — revamped with a modern cast and a guest appearance from Boyz II Men — aired Sunday night, and it was everything that Grease fans could've hoped for. Grease: Live! featured Julianne Hough as Sandy and Aaron Tveit as Danny, and they both planned to bring something new to the characters. Of course, Tveit had to fill John Travolta's shoes, and that's quite the heavy burden to bear — even for a seasoned Broadway star like Tveit. The start of the iconic remake had fans wonder: Is John Travolta watching Grease: Live? Well, Travolta, who's 61, doesn't have a Twitter or a Facebook, and he didn't say whether he would be watching. But there's no doubt that he's a big supporter of a live Grease makeover.

Travolta recently spoke out about Grease: Live! and said that, though he's a 40-year performance veteran, he's not sure he could handle something like a live, televised performance, according to E! News:

Travolta told E! News that it's amazing that Grease is still such an important piece of art, and he definitely believes it deserves a live TV remake:

Every day that show is done by some school, some college, some New York production, some college, so it's a very familiar show to be done a lot. The difference is it's being done on national television, live, and that's exciting.

In a separate interview, he told The Star that his favorite numbers from Grease are "You're the One That I Want" and "Summer Nights":

If I’m not mistaken, ‘You’re the One That I Want’ is still the biggest duet in history.

Hopefully Travolta at least tuned in for his favorite tunes, though, if fans had it their way, he would jump in for a cameo with Olivia Newton-John.

Though Grease: Live! was an amazing update (that opening by Jessie J, though), Travolta as the original Danny is something that Grease fans will never forget — and were seriously missing on Sunday night.