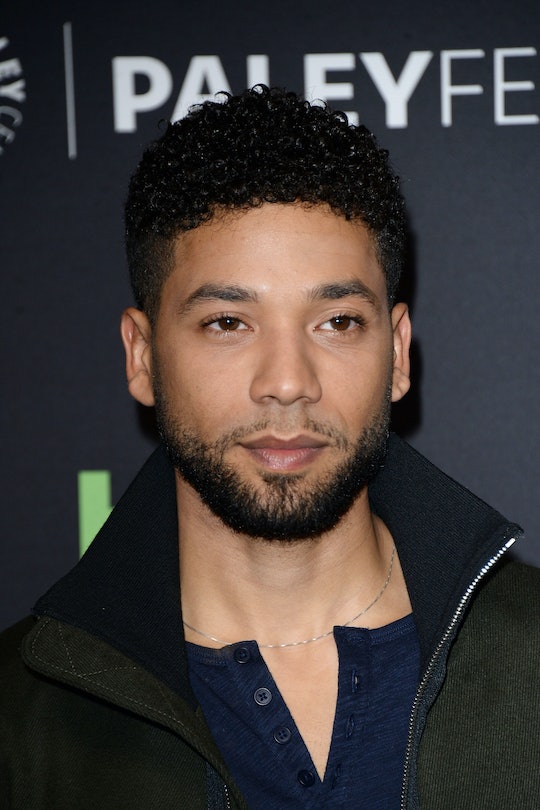 Is Jussie Smollett Leaving 'Empire'? This Tweet Has Fans Worried

The final moments of Empire's penultimate episode left fans shocked. Would Jamal survive the gunshot wound he took for Lucious, or would he be the first, official fallen Lyon? While the injury seems serious, was it really that serious? It didn't really hit fans that Jussie Smollett could be leaving Empire until a tweet was sent out by the actor that seemed to alert the masses tenfold. So, is there a chance that Jamal could actually die and Jussie Smollett will leave the show that fans love him on?

Empire's cast is amazing, but that's because it is an ensemble cast. All of the pieces come together and work well together. So, what will happen if one of those pieces is taken from us? Well, not only will Empire's world blow up in flames, but fans are also going to see red, too. Smollett is a staple to the show, just like the rest of the Lyon pack, so why would he want to leave something that seems to be working so well?

Well, according to the tweet posted, Smollett might be trying to expand his creative outlook. His tweet mentions interest in music and film, which seems like the natural progression after Empire, but that's after the show. Not during the run.

Smollett doesn't come out and say that he is leaving Empire. He does a little dance around the elephant in the room. There's a chance that this tweet could be to stir up some controversy leading into the season finale. (Let's be honest, fans are going to want to watch Jamal's last episode if he's set to die.) His comments about music and film could also be in regards to the summer hiatus the show is on. You know, maybe these are two things he wants to do in the summer months before Season 3 picks up.

But, according to Entertainment Weekly, Smollet is not leaving the show. The site says, "Smollett is not leaving the show and remains under contract." So, is it as easy as that? Was this tweet about stirring up some chatter about Jamal dying, just so we would watch the season finale? Does he really not think we would watch if we knew he lived? Give us a little bit of credit.