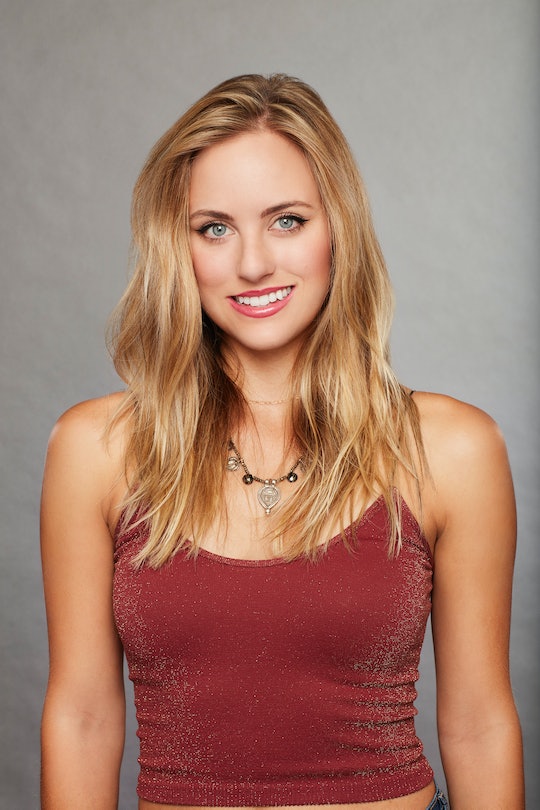 Here's Why Kendall May Be Single After 'The Bachelor'

This season of The Bachelor is rapidly coming to a close, and viewers are starting to speculate (well, more than they have been already) who is going to get the Neil Lane ring at the end of Arie's journey. Kendall is one of the three left, so what is she up to these days? Is Kendall single after The Bachelor? Her relationship with Arie seems a little less certain than the other two contestants, given her uncertainty about getting engaged at the end of all this, so it may be a sign her time on the show is coming to an end.

Last week was hometown dates, and Arie and Kendall had some fun with Kendall's passion: taxidermy. It was pretty interesting to watch as a third party, but Arie seemed like a great sport about it — as someone who isn't obsessed with stuffed dead animals. When it came down to choosing only three women to move on to the fantasy suite, though, he clearly had trouble. Before the rose ceremony began, he actually took Kendall aside to ask her about what she thinks of all of this. This left Becca, Lauren, and Tia (mainly Tia) to wonder who out of the three of them he was deciding between. In the end, Arie chose to keep Kendall in the competition while sending Tia home. It was clearly a tough choice for him, so he may be more certain of his relationship with Lauren and Becca at this point.

"Leaving Virginia [Lauren's date], I really didn’t know what I was going to do," Arie wrote in his People blog about making the decision to eliminate Tia, adding:

It was my last rose ceremony as The Bachelor and I had four women who I could imagine marrying. After a night of not sleeping and a fully day of deliberation, I put on my suit with no more clarity than I had before the week began. I had such amazing times with all the women and their families and my feelings were growing for each woman in significant ways.

When it was time for the actual rose ceremony, Arie still didn't know what to do. "I stood there, looking out at them and truly didn’t know what to do next," he wrote. "That’s why I needed to pull Kendall. My feelings for her were so strong, but I still had no idea if she was ready for marriage." Arie said his biggest fear was that he'd propose to someone who didn't want the same thing he want: to settle down and get married. This is why Arie took the leap and just asked Kendall if that's what she wanted — and she said yes. So, Kendall stayed.

Does Kendall end up the winner? I don't know for certain, but looking at Kendall's Instagram also doesn't give a ton of clues. There are some photos of her with Arie, but that's par for the course for all contestants really. The Bachelor producers are pretty good at keeping things under wraps until the very end, and this season is no exception. It also seems that, from Arie's actions, that he is indeed into Kendall enough to propose.

But is Arie into Kendall more than the other women? That I don't know. Apparently, Arie says "I love you" to both Becca and Lauren... but that may not be the case with Kendall. If that's true, she may be the one leaving after the fantasy suite. Or, perhaps Arie gets ahead of himself and chooses her along with one of the others. It's all up in the air at this point, but this season is flying by so Bachelor Nation will find out her fate soon enough. No matter the outcome I know it'll all work out for Kendall. Maybe she'll even be our next Bachelorette.