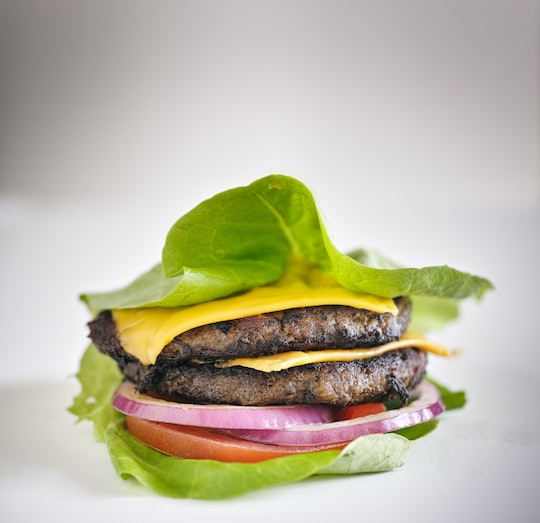 Is Keto Safe During Pregnancy? Nutritionists Don't Recommend It

According to the official keto website, the keto diet is a low-carb diet where the body produces ketones in the liver to be used as energy rather than carbohydrates. Much like other low-carb, high-fat diets, the keto diet promises significant results when it comes to weight loss. But can a diet that recommends 20 grams or less of carbohydrates a day help provide proper nutrition for you and your baby?

According to nutritionist and health coach Erin Lorrain, the answer is no.

Lorrain isn't a fan of the keto diet for regular women, let alone pregnant women. "The keto diet essentially tricks your body into thinking you're starving, causing your body to go into ketosis," Lorrain says. She goes on to explain that when you eat carbohydrates, your body produces glucose and insulin — two substances you need to survive. "Glucose and insulin help control your energy levels," Lorrain says. "And in order to maintain a healthy, balanced, diet, you should have healthy, balanced levels of glucose and insulin." This means you shouldn't survive solely on carbohydrates, but you shouldn't cut them out, either. Just like glucose is one of the main sources of energy for your body, glucose is a main source of energy for your growing baby, according to a study done by Yale University. The study goes on to state that to heavily restrict any source of energy during your child's development and growth in the womb can be dangerous.

But there's even more science behind it than glucose and insulin, according to Lorrain. "Ketones are produced by your liver," Lorrain tells me. "Because the keto diet is a high-fat diet, your liver uses that fat, burning it, to create energy." Sounds great, doesn't it? Not exactly. According to Lorrain, ketones come with a slew of side effects on the body. Headaches, poor memory, weak bones, increased risk of heart disease are just a few of the side effects that ketones have on the body that Lorrain mentions. The keto diet even slows down your metabolism, which is the opposite of what you would expect from a diet. But according to Lorrain, because the body is mirroring starvation while on the keto diet, your metabolism goes down the drain.

Lorrain points out that a high level of ketones in the body can point to poorly controlled diabetes, eating disorders, and gestational diabetes in pregnant women. Not exactly something to strive for. "Pregnant women need carbohydrates," says Lorrain. "To deprive your body of such an important source of nutrition and energy during a time where you're feeding not just yourself, but a growing child, is unwise." As always, with any dietary questions you may have, Lorrain encourages pregnant women to discuss their situations with their personal doctors, as every woman's situation deserves its own attention and observation.

More Like This
7 Things Pregnancy Dreams Can Mean If You're Not Pregnant
Yes, It’s Possible To Get Pregnant If You Have An IUD
Here’s What It Means If You Give Birth During A Solar Eclipse
You'll Feel Like A Princess In These Gorgeous New Year's Eve Maternity Dresses