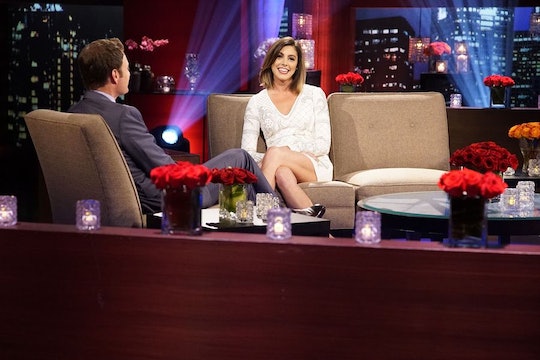 Is Lace Morris On 'Bachelor In Paradise'? Season 3 Has Its First Cast Member

After Chris Harrison questioned Lace about her time on the show and her life post-Bachelor, he asked her the question we're all waiting for. It wasn't a new question for Lace — Chris had asked her the same thing when she was on the Bachelor after show a couple of week's back. Then, she wasn't as excited about the opportunity, giving a rather vague answer — but it did have a new answer. On Monday, when Chris asked her if she'd like to be on the summer show, she was much more enthusiastic about accepting the gig.

Well, THE Chris Harrison has spoken — so you bet this is basically a done deal. Sure, contracts could maybe fall through or schedules could maybe change, but I think that Lace is basically a shoe-in. So, start your brain engines on who Lace would best pair up with on Bachelor in Paradise. Personally, I'm thinking there's some good guys for her from Kaitlyn Bristowe's season. Can I get a "Harrison High-Five" for Lace and Chris Cupcake, The Dentist?