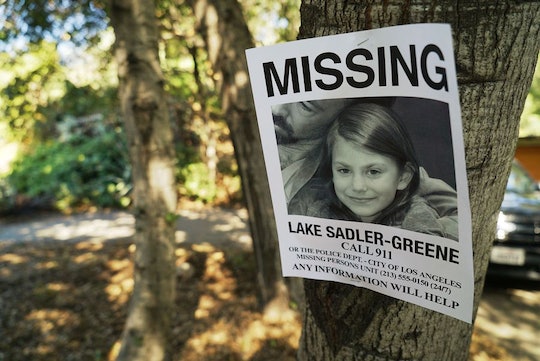 The trailer for Ten Days in the Valley is something difficult to watch for any parent, myself included. The idea of losing a child in the middle of the night to a presumed kidnapper is a stressful scenario to contemplate and one of those things that creates a heavy lump in the pit of your stomach, whether it's fictional or not. So it's totally understandable if fans find themselves wondering if Lake from Ten Days in the Valley is based on a real person and if the backstory behind ABC’s new show has any factual bearings to it.

The series’ premise is any parent’s worst nightmare come true and, as it turns out, that’s exactly how it was thought up. Despite the fact that yes, kidnappings are very real, they can sometimes also be highly dramatized for TV and film. And where 10 Days in the Valley is concerned, Lake and the show itself are completely fictional. Creator Tassie Cameron spoke at a recent Television Critics Association event about how she came up with the story behind Ten Days in the Valley. The screenwriter is also a single mother and credits the show’s premise to a recurring nightmare of her own.

"I was working alone late at night in my writer's shed about 10 feet away from my house," Cameron recalled from her recurring dream. "I'd finish writing and I'd come [back] and the backdoor would be locked." It’s a frightening scene shown in the trailer and one that sets up the show's entire plot.

So while Lake from Ten Days In The Valley isn’t based on a real person exactly, one might say that she represents Cameron’s own child, as Kyra Sedgwick, who plays a TV writer, is clearly meant to represent Cameron, in a way. Although the story is fictional, both Cameron and Sedgwick seem to agree that the meaning behind the message is one that focuses on how working mothers are perceived by not only everyone else, but by themselves too.

"I definitely think that what we're trying to toy with and talk about on this show is the archetypical guilt that women have from the minute they give birth," Sedgwick said at the Television Critics Association event. "And some of it is biological, that I think you somehow think that every minute you don't spend with your child is a reason to loathe yourself. And society is happy to tell you those things as well."

As any mom, working or not, will tell you, that couldn’t be more true. Every minute that I don’t spend focusing on my son or doing something for him is met with plenty of guilt on my part. It’s definitely not a bad thing to want to do all you can to make sure your child is happy, healthy, and well cared for. But I’d be lying if I said I never heard someone insist that a working mom is a "bad mom" (can that not be a phrase anymore please?) because she’s at work for part of the day rather than spending every waking moment with her child.

In addition to the horror of dealing with a kidnapping, Ten Days in the Valley is going to explore that theme while Sedgwick plays a mom who seems to be hiding things herself, based on the trailer for the new series. There’s nothing glamorous or exciting about being taken from your home against your will or sitting by helplessly as authorities try to figure out where your child vanished to, but the show seems to want to focus on more than just the crime itself as it explores the perceptions of Lake’s mom and the relationships she has with those around her.

Lake from Ten Days in the Valley isn’t based on a real kidnap victim and the story itself isn’t ripped from the headlines, but it’s a fear that pretty much all parents share and can relate to.