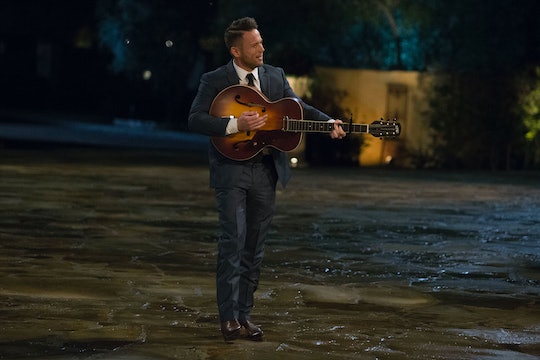 Is Lee Still Single After 'The Bachelorette'?

The time has come: this season's Bachelorette villain, Lee, was eliminated on Tuesday's episode. The Nashville native has been the topic of discussion both on the show and in Bachelor Nation the past few weeks; despite being a contentious presence in the mansion, he made it through the rose ceremony last week. This time, however, he couldn't survive the infamous two-on-one date with Kenny. Rachel saw through his facade and figured out he was manipulating other contestants, so it was obviously time to go. So is Lee still single after The Bachelorette? He may not have found "the one."

It's an understatement to say Lee wasn't liked in the mansion by the end. He went after other contestants for his own advancement of the show. First, it was Eric; Lee accused him of not being here for the right reasons and he actually brought it to Rachel. Then, he went after Kenny and lied about his behavior as well. Lee not only owned up to playing dirty tricks, but said he enjoyed watching others get angry and laughing in their face about it (which is unbelievable, in my opinion). So it came as no surprise that Rachel finally decided to show him the door. If you ask me, it should've happened weeks ago.

Lee seemed so hellbent on getting further in the competition, but it (thankfully) backfired for him. He actually was scouted for the show in Nashville before Rachel was cast, but said he was interested after the announcement was made. He called Rachel the "classiest" contestant on The Bachelor (I can't say the same for him, but I digress). According to Lee's ABC bio, he also considers himself romantic. "I'm a 'pleaser' under wraps," he wrote. "I like to do things to make someone emotional and happy." Now that The Bachelorette is over for him, has he found the "classy" woman he wants to be romantic with?

Honestly, it's hard to tell at this point. Ever since Lee was put under fire for his tweets, his social media presence has been made private. Twitter, Instagram, Facebook — all locked. It's hard to say, then, if he's still looking for love. Usually, Bachelor Nation cast-offs end up making appearances on different talk shows, so viewers may hear from Lee himself if he's still on the market. Judging by how Rachel reacted on Twitter recently, though, she's definitely secure in her decision to eliminate him from the show.