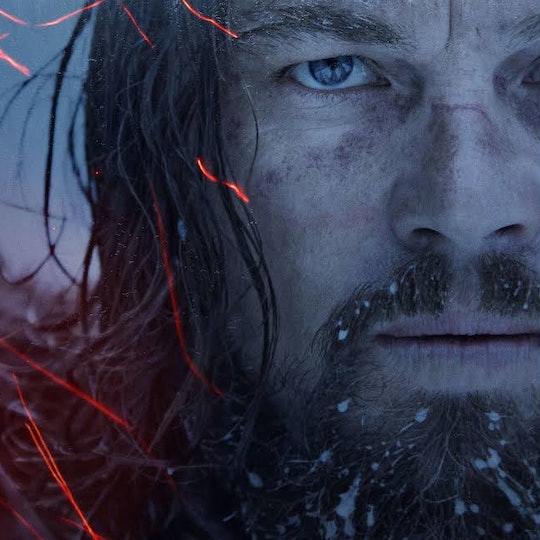 Is Leonardo DiCaprio's Character In 'The Revenant' Based On A Real Person? The Story Is Amazing

If you can get past all the rumors of bear-rape (unfounded; she was a female bear), director Alejandro González Iñárritu's Oscar-nominated film The Revenant is a fascinating tale of survival in the wilderness. It's particularly impressive in a day and age where most people couldn't imagine surviving a day without a smartphone, let alone food or shelter. But is it a true story? Is Leonardo DiCaprio's Revenant character based on a real person? Believe it or not, he is.

According to People, there really was a Hugh Glass, and his party from the Rocky Mountain Fur Company really was attacked by the Arikara Native Americans near the Missouri River in 1823. This is the battle that filmgoers see in the opening scenes of The Revenant. In 1824, a Rocky Mountain Fur Company employee wrote a letter to a friend describing a coworker who, after the battle, "was allso tore nearly all to peases by a White Bear and was left by the way without any gun who afterwards recover'd." The mauling of Glass, his survival, and his subsequent journey back to civilization quickly became the stuff of legends, and much of it is well agreed upon, if not completely verifiable. Though the wife and kid were invented solely for the movie, much of The Revenant's plot is thought to be true.

Glass biographer Bruce Bradley told People that not only did the bear attack happen, it was crazy brutal. The bear "ripped his scalp half off, tore his throat open, ripped his back to shreds with its claws, broke his right leg, bit off a chunk of his right buttock and chewed up his left arm," according to Bradley. And somehow, he survived. His party was concerned that the Arikara were still pursuing them, and believed that Glass would soon succumb to his injuries, so two men, thought to be John Fitzgerald (Tom Hardy in the film) and Jim Bridger (Will Poulter), stayed behind to bury Glass while the rest went on without them. But after five days in the freezing cold, they gave up on Glass and left him for dead. Not wanting to leave anything behind for the Arikara to find, the two stripped Glass of his rifle, knife, and tomahawk. When he awoke, alone and terribly wounded, he had nothing to defend himself.

TIME cited the 1939 book The Oregon Trail, which states that the abandonment, and Glass' subsequent rage, "provided the vitalizing will to live." Near-starving, Glass began to drag himself towards Fort Kiowa. On the way, he came upon a pack of wolves killing a buffalo, scared off the wolves, and ate the raw buffalo himself. You know this guy's a badass when even a pack of wolves wouldn't mess with him!

When Glass finally caught up with the men who had abandoned him, 18-year-old Bridger was said to have been so consumed with guilt that he mistook Glass for a ghost (that's where the movie gets its name; a revenant is a person returned from the dead). Glass forgave Bridger after "beating him up a little bit," according to Bradley, and set off to find Fitzgerald, bent on revenge. Word got to Fitzgerald that Glass was coming for him, so Fitzgerald joined the Army to escape.

When Glass eventually did find him, "the Army wasn't about to let him get away with killing government property," Bradley told People. However, "[t]hey did make Fitzgerald give him his rifle back, which was a big deal in those days." Three cheers for Hugh Glass: the terrifyingly, unkillable revenge-zombie who probably still stalks the South Dakota wilderness to this day! Just kidding, he died in 1833. But, honestly, I probably wouldn't be surprised if he came back again.