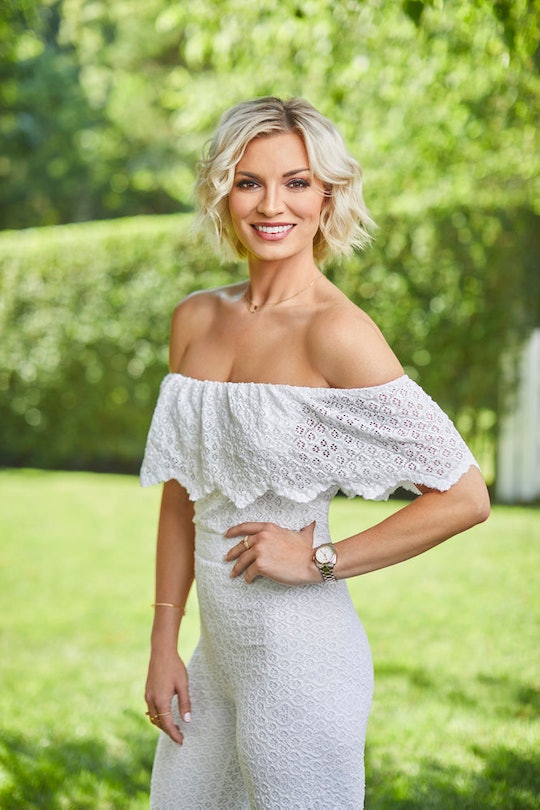 Lindsay Hubbard Connected With A New Guy On 'Summer House'

Fans have seen all the ups and downs of Lindsay Hubbard's on-again, off-again relationship with Everett Weston every Monday on Bravo's Summer House. Their last breakup on the show felt pretty final, so it seems like this couple might actually be done for good. But finding out if Lindsay Hubbard is dating anyone will prove once and for all whether or not things are truly over with Everett.

Lindsay doesn't appear to be dating anyone at the moment, at least going by her social media. Her Instagram is packed with pictures of her friends and promo for the show, but doesn't reveal any new partner. However, there's definitely a chance that she's in a relationship but just keeping it quiet for the moment. On Apr. 8, a fan commented on Twitter about that night's episode, "Swimming Uphill." They wanted Lindsay to "please start dating and leave Everett alone." In response, Lindsay told the fan to keep watching because they were "about to meet him," with a hands-over-mouth monkey emoji to indicate she was letting some kind of secret slip.

That seemed to imply that Lindsay was dating someone who appeared in that episode. Another viewing of "Swimming Uphill" reveals exactly who she was talking about.

At the St. Barth's Party, Lindsay was approached by a man in a colorful ensemble while on her way to check in with her client. He introduced himself as Peyman, though her friends dubbed him "the green pant guy." Though he didn't seem to recognize Lindsay initially, they actually knew each other; she had his number in her phone already, though the last time they texted was in 2014.

As "punishment" for not texting her back all those years ago, Peyman wanted to go out to dinner with Lindsay. The flirting continued in full force and, in a confessional segment, Lindsay admitted that she though Peyman was sexy. They made a date for the following Tuesday, after her dentist appointment. Lindsay definitely seemed like she was into him, later saying that the celebration was a success, in part, because she met a "great guy."

Lindsay's tweet made it sound like she and Peyman did end up hitting it off again. When she spoke to Entertainment Tonight about him, she explained that he was the complete opposite of Everett, which was something she appreciated. "He was just so drastically different than Everett that I couldn't help but feel this insane attraction towards him," Lindsay said. But it doesn't look like things were ever serious between the two of them.

The publication stated that their relationship came to an end over the summer. Now Lindsay is "dating more than ever" because she wants to find the right person for her. It seems like she hasn't connected with anyone enough to declare that she's officially in a relationship again, but instead enjoying the single life after being with Everett for several years. Lindsay may officially be single, but it seems like she's meeting new people and making the most of it.