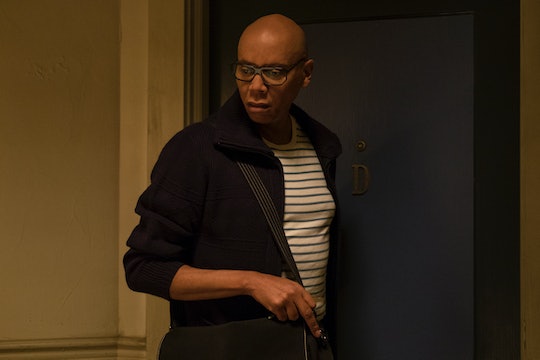 Warning: spoilers from Episode 1 ahead! Girlboss is Netflix's latest book adaptation TV series. Based on Sophia Amoruso's autobiography of the same name, the show follows 23-year-old Sophia (Britt Robertson) as she starts selling her vintage clothes on eBay and then turns that into the multimillion dollar company known as Nasty Gal. Though Sophia starts off as a rebel without a cause, fans watch as she quickly becomes a savvy business woman. Along with Sophia is an interesting cast of characters, including her neighbor Lionel, played by RuPaul. Since the show is based on Amoruso's autobiography, fans can't help but wonder: is Lionel from Girlboss based on a real person?

Although the show is based on Amoruso's life story, the show also makes it clear that it's "loosely based." Amoruso has yet to comment on how much of the show's characters are really based on people she met in her real life, and the only way you may be able to gander a guess on what's more true or fictitious in the show is by actually reading the book. For now though, it seems fair to assume that Lionel is just a character created for the show.

Based on the trailer alone, you can tell that Lionel will add an extra layer of comedy to the already funny show. When Sophia falls down to the floor, after already having a pretty awful day, her pants rip right on the crotch, revealing her underwear. That's when Lionel makes his first appearance, suggesting she close her legs so she doesn't get HPV. "It's in the walls," Lionel emphasizes before leaving Sophia to her own devices.

Lionel will appear throughout the season as Sophia's neighbor and friend, most likely giving Sophia some other helpful advice as she begins to build her fashion empire.

For RuPaul, Girlboss is definitely not his first TV series. Most people recognize him as the Emmy-winning host of his reality competition RuPaul's Drag Race, which is now on it's ninth season. Girlboss isn't his first acting gig either. Over the years he's made appearances on a variety of shows including Sister, Sister, Sabrina, the Teenage Witch, Ugly Betty, Happy Endings, The Real O'Neals, and 2 Broke Girls, according to IMDB.

However, Girlboss appears to be the first time RuPaul has a recurring role on a TV series and after this, fans can probably expect to see RuPaul acting even more in the future. No complaints here!