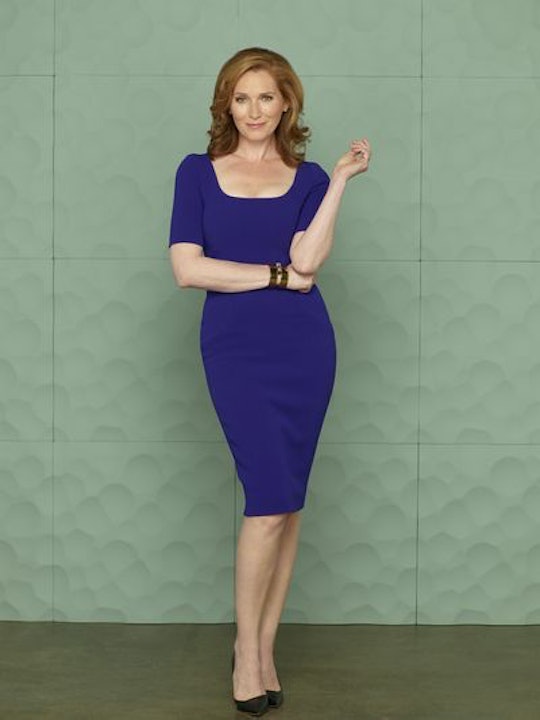 Is Louise On 'Notorious' Based Off Of Someone? She's Basically The New Larry King

ABC's latest drama, Notorious, follows the lives of Julia George, the executive producer of the number one cable news show, Louise Herrick Live, and Jake Gregorian, an influential criminal law attorney. Jake and Julia are loosely based on the real-life criminal defense attorney Mark Geragos and Larry King Live executive producer Wendy Walker, therefore it's no surprise that Louise is also based on someone. If Julia is meant to be Walker, it's no surprise that Larry King could be the basis for Notorious' Louise Harris. Even the acronyms for their shows, Louise Herrick Live (LHL) and Larry King Live (LKL), are very similar.

Besides the fact that Louise is also the host of a number one cable news show just as King was there may be one other similarity between the two. Although King is most well-known for his show he's also pretty well known for his personal life. King has been married eight times to seven different woman throughout his life and almost of all them only lasted a few years. Similarly, Louise is depicted on the show as being flirtatious and dating a different man episode to episode. It seems the show is also drawing from King's personal life as well as his professional life.

That's where the similarities seem to stop, however. Rather than make a man the show's "Larry King" they instead decided to go with a woman for the role but Kate Jennings plays the role of Louise so well it doesn't really matter what her gender is. We're still pretty early into the first season of Notorious so we'll surely learn more about Louise and her past as the season continues but for now she's definitely a fun character to watch. She's smart, witty, and even though it's Julia that pulls the strings behind the scenes it's Louise who carries her show. Behind the camera she's flirtatious and sometimes a little out of control but once she's on the air she becomes a commanding journalist that asks the hard questions.

It'll be interesting to learn more about Louise and see if the show continues to draw from King's own life or makes Louise into her own character. Make sure to tune into Notorious at 9 p.m. EST on Thursday to see what's next for Louise's story.