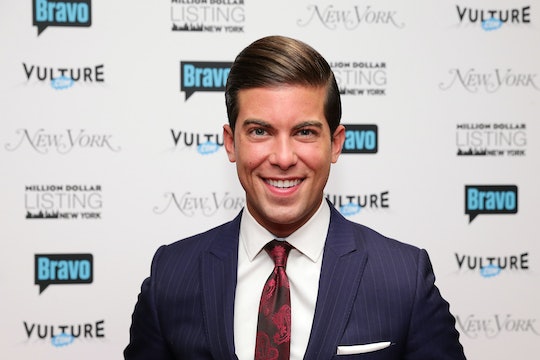 After skipping out on the last few seasons of Million Dollar Listing New York, Luis Ortiz is back in the real estate game, and fans couldn’t be happier. It’s been a while since fans have seen him, and many are wondering what he’s been up to the last few years. Fans may be looking to social media for details, especially to see if Luis Ortiz is single or if he has someone special in his life, but they may not find much.

Luis’ just brought his Instagram page back, and he hasn’t posted anything other than a few video stories of him skateboarding. He hasn’t shared any clues about his love life on social media, but on the Aug. 8 episode, Luis told his friend and fellow agent Fredrik Eklund that he was in love and had his heartbroken. “I fell in love with a girl for the very first time in my life,” he says. “And when she left, she abandoned me, and I’ve never been abandoned before.”

He later reveals he was in love with a beautiful woman named Nikita, and how she was different than any other woman he’s ever met. “I became very much in love with this woman,” Luis says in the episode. “So, when we broke up, it broke my heart a lot. Because, not only did I lose the person I was in love with, I also lost my best friend.”

Luis tells Fredrik that he loved this woman so much, he started blaming himself when they split. “But then that blaming myself took me to a very bad place,” he admits. “Until a point that after a while, it stopped even becoming about her and started becoming about me. And all my life I’ve been so positive, and all my life I’ve been uplifting people, and I’ve been inspiring people. And for the first time, I was the opposite of everything I thought I needed to be, and I didn’t want to bother anybody with this.”

In a confessional, Luis reveals he was depressed, and coming back to the New York City real estate game is what’s keeping him going. “If I didn’t come back here, I wouldn’t be here,” he says. “So that’s why I am here.”

In an interview with Decider, Luis revealed he’s in a much better place now, and fans can expect to see a more chill version of him this season. “I am more relaxed,” he said. “I think a lot of those experiences gave me that perspective and it’s worked on everything, business, personal, and I’m in a great place. I’m in no rush. I’m patient. Now I understand that things actually take time and you should be able to enjoy that process and therefore things will be even better.”

As far as his absence from social media, Luis told the outlet he needed to take a break from it in order to heal. “You start to realize it’s influencing your current day, your current sense of fashion, your current sense of music,” he explained. “And you were driven by what you saw, but really the world is composed of so many things that are outside of what you’re seeing, which is only what you’re following, and I forgot to do that. That played a role in part of that darkness, and part of getting better was actually getting away from that, because the world is not composed by the things that you’re seeing [on social media]. None of that is actually real. I’m glad and fortunate that I was able to see that in order to take a step back.”

I know fans are excited to see Luis return to Million Dollar Listing New York, but after hearing of his emotional struggles, I’m sure many can understand why he wants to keep certain aspects of his life private. If nothing else, fans will get to see Luis back in the real estate game this season, and watch him sell houses like the pro he is.