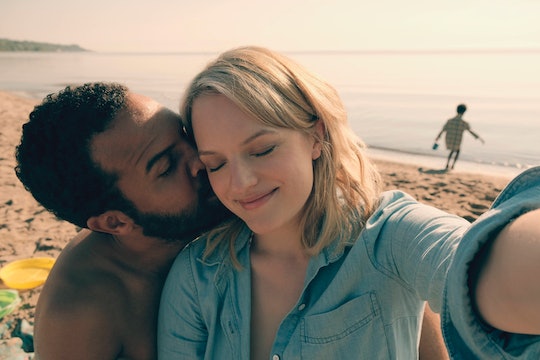 Where Is Offred's Husband On 'The Handmaid's Tale'?

The first episode of Hulu's The Handmaid's Tale, "Offred," flashed back to the events that brought Offred to her current situation. Before the United States became Gilead and she was forced to become a handmaid, Offred attempted to flee to Canada with her husband Luke and their daughter Hannah. But their flight through the woods was cut short before they could reach the border by machine gun-wielding soldiers. Though Offred and Hannah evaded them momentarily, the sound of bullets seemed to indicate that Luke was not so lucky. So is Luke dead on The Handmaid's Tale?

Offred hasn't seen Luke since that day in the woods. During their attempted escape, she had been quickly knocked unconscious and taken into custody, so she had no idea what happened to him. But she did tell another handmaid that he had been shot even though she didn't actually see it happen, so Offred seems to believe that Luke was killed. It would be an easy assumption to make because neither the Hulu show nor the original novel reveal exactly what happened to Luke. In the book, Offred never saw him again. But that doesn't necessarily mean that Luke is dead. There is a possibility that he might have been injured and captured just like Offred was.

If Luke is alive, then he would have been placed into one of the four highly regimented categories that exist for men in Gileadan society. Offred was deemed useful because of her fertility, but it's less clear what role Luke would be able to fulfill. The highest-ranking men were made Commanders of the Faithful, but Luke wasn't wealthy or devoted enough for that. The Eyes of God are the secret police who infiltrate Gilead to discover people breaking the law, but Luke's involvement with them also seems unlikely because he had broken the law himself.

This leaves only two positions for Luke: either he was made an Angel or a Guardian of the Faith. Angels are soldiers in the Gileadan army, and Guardians act as bodyguards or police; any man who was too young, old, or unsuitable for other jobs would probably become a Guardian. That would be the most likely position for Luke, but his chances for survival dwindle when you consider that he was trying to aid in the escape of a highly sought after handmaid.

Any offense can be punishable by death in Gilead; execution is how they prove a point, evidenced by the bodies hanging as examples in public spaces. People who don't follow the rules are disposed of, and Luke obviously wasn't willing to go along with the status quo. He might be alive, but the chances are slim.