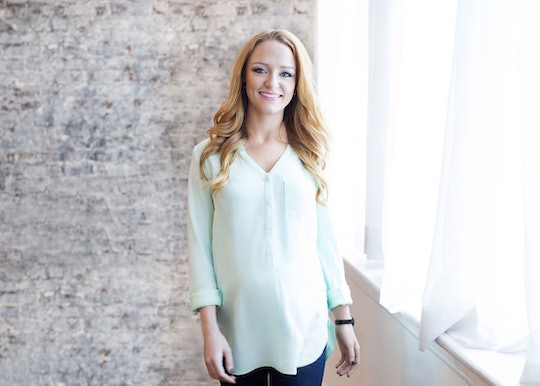 The popular reality show, Naked and Afraid, is always fun to watch, but it's even more enjoyable when you're familiar with the contestant. On an upcoming episode of the series, Teen Mom OG star Maci Bookout will test her luck in the wilderness alongside 31-year-old Justin Tuell, a stranger. Since she's being dropped off in the woods, completely naked, with a guy she just met, it's not surprising that some are asking is Bookout on Naked and Afraid married?

As fans of 16 & Pregnant and Teen Mom OG are well aware, Bookout attempted to make her relationship with Ryan Edwards, the father of her eldest son, Bentley, work out to no avail. The couple was briefly engaged before they split up less than a year after Bentley was born. Bookout then got involved with Taylor McKinney, and the couple had two children together before getting married in October 2016.

Although the couple decided to go to marriage counseling last year, they appear to have worked through their issues and continue to go strong. However, while Bookout's marriage seems to be going well, her relationship with her ex, Edwards, is not. Edwards has unfortunately been going through a rough time. Last summer, he went to rehab for his heroin addiction and then cheated on his wife, Mackenzie Standifer, after soliciting dates on Tinder.

For now though, Bentley has only been able to visit with Edwards' parents, and Edwards has to leave the house during the visits. However, according Edwards' dad, Larry, Edwards has been compliant throughout the ordeal. Larry told Radar Online that Edwards was supportive of the visits because he didn't want his parents to "suffer."

With so much going on at home, Bookout may have seen her time on Naked and Afraid as a little vacation, even if it was a terrifying experience. If you're unfamiliar with how the Discovery Channel reality series works, it's pretty simple. For 21 days, one man and one woman, who meet for the first time in the nude, are paired and tasked to survive in some of the world's most extreme environments. They're given no food, water, or clothes.

In a promo for Bookout's episode, obtained by The Blast, Bookout appears to be prepared to face just about anything. "It's gonna suck, but I'm not gonna quit," she said about the experience. She also proclaimed that she's a "bad ass" with a "motherly instinct" that will surely kick in while she's in the woods. In addition, she's also been practicing starting fires and said she's been camping a number of times.

While that's certainly good, the truth is that it is quite difficult to actually be prepared for Naked and Afraid. Unless Bookout has been camping in the nude, this will be an entirely different experience for her. Still, the fact that she's been training shows just how serious she is about being on the show, and I think she definitely has a good shot at making it through the entire 21 days.

Bookout's episode of Naked and Afraid will air on Sunday, June 24 at 10 p.m. EST on the Discovery Channel. Whether you're a fan of Teen Mom OG or not, you won't want to miss this.