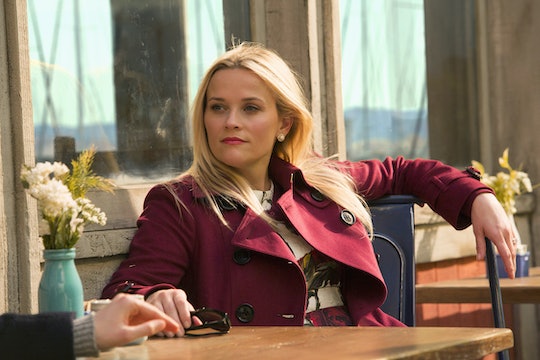 Madeline May Be In Danger On 'Big Little Lies'

Fans are trying to piece together the puzzle that is Big Little Lies, and some can't help but wonder if this is a "Game of Thrones Season 1" type of situation that results in a main character getting killed. We know a murder goes down during an elementary school Trivia Night, and the two people involved are in a small huddle of parents, but that's it. The identities of the victim and killer are mysteries. A solid possibility for the victim is Madeline, who loves to be the center of attention. So is Madeline dead on Big Little Lies? Is she HBO's latest Ned Stark? Some of the Monterey parents hold deep grudges against her, so it's definitely possible.

Madeline is arguably the protagonist of the series and she as a character tries to be the protagonist in everyone else's life. She loves to talk about her problems and assert herself into those of other people. She's a part of the small community of parents in Monterey, and knows everyone's business. Madeline has some dedicated friends, like Celeste, but not everyone likes her personality. She has received backlash from other parents and other Monterey residents in general from putting on a production of Avenue Q (which some believe is too raunchy). Could all this lead to her downfall?

It would certainly be a bold move for the series to kill off its lead. As this is a limited series, though, it would certainly make for a dramatic ending. Perhaps Renata gathers up all the annoyed mothers to take down Madeline. Or Nathan, her ex-husband, turns out to be much more violent than we thought. Or the petitioners against Avenue Q decide they can't take her anymore!

Big Little Lies was based off the novel of the same name by Liane Moriarty, so the answer to Madeline's fate – at least in the original narrative – is known. (Warning: major spoilers from the novel ahead!) As it turns out, none of those things happen. In the book, it's actually Perry who ends up dying at the hands of Bonnie because he's an abuser. Madeline, despite her role in Monterey, is not really involved. Because she's woven into Perry and Bonnie's lives (Perry's wife Celeste is Madeline's best friend, and Bonnie's husband is Madeline's ex), she is still somewhat a part of the murder, but not directly involved in it.

While it's unlikely the show will change up the ending this much, it's not impossible. Madeline is probably safe, but for good measure we'll be sure to watch the rest of Big Little Lies to find out for sure one way or another.