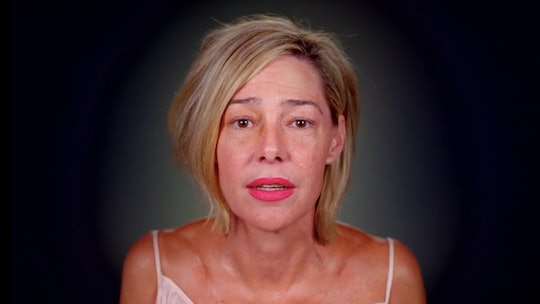 Is Mary Kay Letourneau Still Married To Her Former Student?

It's been over twenty years since the Mary Kay Letourneau scandal dominated the news, but the case is now being revisited for an A&E Network Biography special. Letourneau was arrested in the mid-90s for raping her 12-year-old student Vili Fualaau, whom she later married and raised two daughters with. They were together for more than ten years, but is Mary Kay Letourneau still married?

Letourneau married Fualaau in 2005 after her release from prison, but they reportedly separated in 2017. However, while they may be legally separated, it's less certain whether or not they are actually together. For many years they lived near Seattle in Washington state while raising daughters Audrey and Georgia. According to People, Letourneau worked as a paralegal while Fualaau balanced a job at a home improvement store with a career as a DJ. But it seems as though it was Fualaau's decision to switch careers that led to the separation.

He told Page Six that he had been planning to sell pot and Letourneau's past made getting involved in the business all the more difficult. But he insisted the nature of their relationship had not changed. "All the rumors that you hear between us. It's fine," Fualaau told Radar Online. "Of course [we are still in love]. A piece of paper doesn't break someone's feelings!"

When you want to get licensed, they do background checks on both parties. If I decide to be a part of it I have to be licensed and I have to be vetted and so does a spouse. She has a past. She has a history.

Letourneau and Fualaau may have only separated for professional reasons, not personal ones. Mary Kay Letourneau: Autobiography might explain the situation further when it airs on Tuesday, May 29 at 8:00 P.M. In the special, Letourneau will recount what happened "in her most in-depth confessional to date." According to a press release from A&E Network, Letourneau and Fualaau will discuss their marriage and future together, so it could shed some light on the situation.

There have been conflicting reports about their marriage over the last few years, though always from anonymous sources. People reported friction between Letourneau and Fualaau in June 2017, citing complaints on both sides; later in December of the same year, a source "close to Letourneau" said that their lengthy history meant that they would always be involved to some degree. According to the source:

They still go out, they still talk. It's like they're still together. They still love each other very much. They're family and always will be. I can tell you this: Their futures are going to include each other.

That seems to support what Fualaau told Page Six. He may no longer be married to Letourneau legally (though it is difficult to determine whether a divorce followed their separation), but that doesn't mean their relationship is over. As another unnamed source told People in April 2018:

Their separation isn't like other people's separations. It's a very long story. You can't know everything that happens in a marriage, and only the two of them know everything. But one thing that everyone in their circle of friends knows is that she'll go to the ends of the earth to help him.

Letourneau and Fualaau's long-term relationship was part of what kept the story in the news for so many years. The fact that they were together for so long sometimes led people to interpret her childhood abuse of him as "forbidden love" despite the fact that she was convicted of second degree child rape and, furthermore, placed on the sex offender registry. Perhaps the new special will illuminate their present, but their past already seems quite clear.