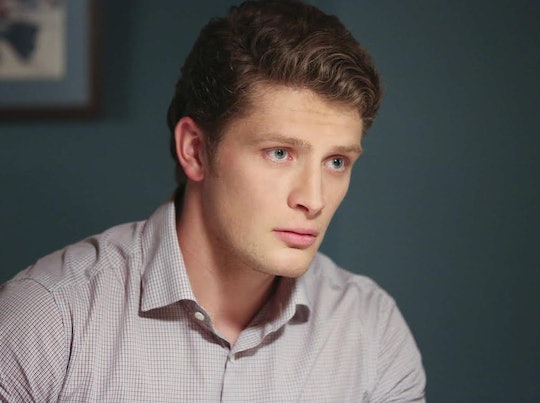 Is Michael Dead On 'Jane The Virgin'? It Doesn't Look Good

Jane the Virgin always throws in a twist at the last minute, and the Season 2 finale both confirmed fan fears and pulled some stuff totally out of left field. Fans had been seriously worried going into the finale that Jane's fiance Michael was going to die. The hints had been there all season long, but the show pushed it off until the last possible minute. Not long after his wedding to Jane, Michael was shot at point-blank range, right in the heart. Is Michael dead on Jane the Virgin?

Honestly, it doesn't look good. Right before they prepared to finally sleep together, Michael stepped out of his and Jane's hotel room to get some ice for their champagne. That was mistake number one – especially considering the Marbella is basically the murder capital of Miami. He ran into his partner Susanna there and when he tried to make a little small talk about her home town, it became obvious she had no idea what he was talking about. Even though he started to walk away, Michael also began to put the pieces together: everything Susanna had done over the last few months began to fall into place. He realized she wasn't who she said she was. And because he realized that, she shot him.

Nothing is ever entirely as it seems in a show that loves cliffhangers as much as this one (just ask Petra – sorry, Anezka), but this seems pretty cut and dry. Michael was definitely shot right in the heart, and there was a clear spray of blood. Unless the bullet missed his heart by a nano-centimeter, it's unlikely that he would survive that. Then again, stranger things have happened on this show.

Stranger things like Susanna pulling off her face to reveal she was really Rose all along, and that Rose never died. This could perhaps be a hint of things to come; Rose seemed pretty dead, after all, but now she's back as if she never left. Still, she planned her fake death. Michael was caught totally off guard.

The episode very much mirrored the Season 1 finale. Both episodes revolved around big events in Jane's life (the birth of her son, her wedding) and both were deeply moving, heartwarming episodes all the way through – until the last five minutes. At the end of the Season 1 finale, Jane's newborn son was kidnapped. At the end of tonight's finale, Jane might have lost her husband. There's no way to know yet how the show will handle such a huge event going forward, but let's hope that the sensitivity that has defined the show so far follows it into Season 3.

Who knows – maybe Michael will somehow survive with little more than a case of amnesia.