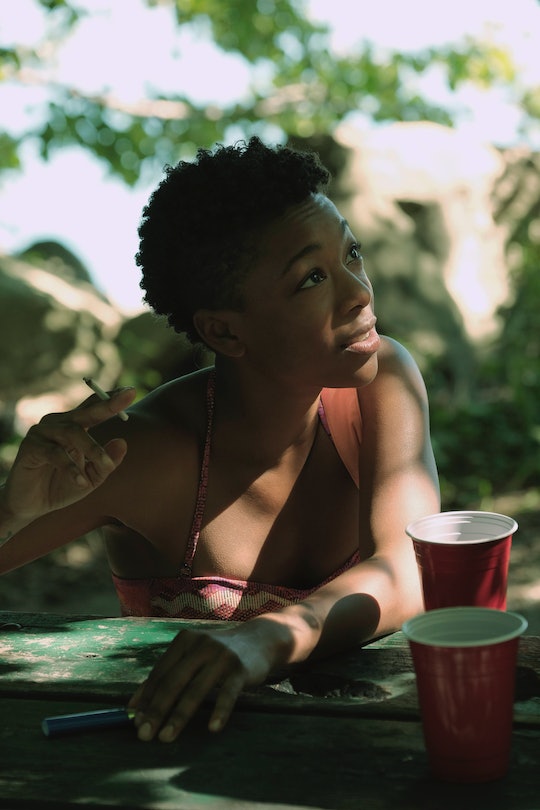 Moira's Story On 'The Handmaid's Tale' May Not Follow The Book

Warning: spoilers from Episode 1 ahead! Throughout the first episode of Hulu's The Handmaid's Tale, there were flashbacks to when Offred had her own name and her own life. The glimpses made it clear how much the United States had changed after the ruling conservative sect gained power, but more than that they drove home how fast and how suddenly freedom was taken from women. Offred's best friend Moira was a recurring figure in the flashbacks, and the memory of her was one of the few things that kept Offred going. However, as much as she searched in the present day, Offred could not find Moira. So is Moira dead on The Handmaid's Tale?

According to another handmaid named Janine, who had been with Offred and Moira at the training center, Moira is, in fact, dead. Apparently she had tried to run away and was caught; after that she was sent to the Colonies, where she would have to clean up toxic waste until it slowly killed her. It's pretty much impossible to survive the Colonies, so it'd be easy to assume that Moira is gone for good. However, Janine might not have known the whole truth. Referring back to the novel the show is based on, reveals exactly what happened to Moira. (Book spoiler alert!) She wasn't killed.

The story of Moira trying to run away was true, only in the book she did so while they were all still at the training center. Janine was the one who reported on it there, too. Moira had taken one of the Aunts hostage and switched their clothes so that she could sneak out without being caught; for a long time Offred had no idea what happened to her. But then she saw Moira again.

Late in the novel, the Commander took Offred along to a state-sanctioned brothel where powerful men could enjoy the company of "Jezebels." Jezebels were women who could not conform to the new world order, but who chose not to be sent to the Colonies. They were sterilized and forced to be available to the men for sex and entertainment. When Moira was caught, she chose to join the brothel instead of going to the Colonies. But between painful survival and certain death, it wasn't much of a choice.

Jezebels were given some freedoms (they could drink and hang out on their off time, at least), but they were just as controlled as any woman in Gilead. And like any other women, their place in society had no security: one wrong move, and they could be sent to their death. But Moira followed the advice she had given to Offred: she did what she had to do to survive. Fans will just have to wait and see if the series ends up giving Moira a similar storyline.