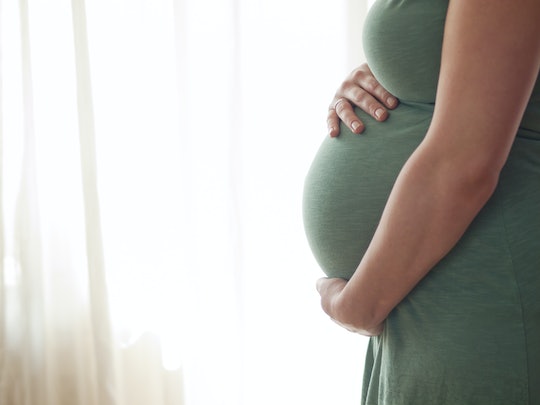 Why Your Vagina May Be More Dry During Pregnancy

It's no secret that pregnancy changes nearly everything about your body from the texture of your hair, to the foods you crave, to the size of your feet (yes, really.) You probably already guessed that you might change a little bit "down there" as well when you find out that you're expecting. But just how does your vagina change during pregnancy? If you're asking, "is my vagina more dry during pregnancy," you're definitely not alone.

There is plenty of evidence suggesting women have a heightened sex drive during pregnancy. According to Parents, the heightened levels of pregnancy hormones in your body causes women to experience increased lubrication and even a heightened libido during their pregnancy. That being said, there are also moms-to-be who lie at the other end of the spectrum and want to avoid sex all together. According to Parenting noted that both extremes — excess lubrication and increased libido or vaginal dryness and decreased libido — are normal.

Vaginal dryness during pregnancy could be the result of low progesterone levels, according to an article from Healthline. But more often than not, it's just a totally normal side effect of pregnancy. If you're experiencing vaginal dryness with other symptoms like constant breast tenderness, excessive fatigue, low blood sugar, spotting, and abdominal pain, it may signal toxemia or an ectopic pregnancy, according to a separate Healthline article. In the majority of cases, however, it's nothing to worry about.

It's hard to predict whether or not you'll experience increased lubrication or vaginal dryness when you get pregnant — you may even notice a mixture of the two throughout the nine months of your pregnancy. However, you can rest assured that, more than likely, whatever you're experiencing is within the range of "normal" for a pregnant woman.