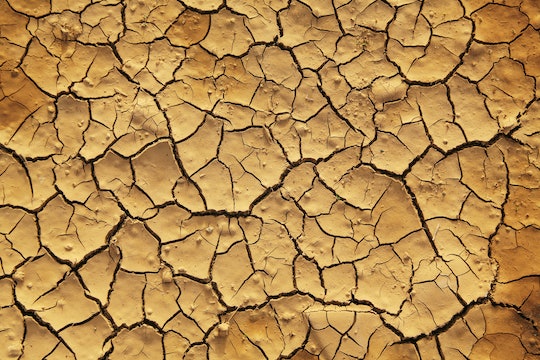 Why Your Vagina Is More Dry Postpartum

You would hope that after ten months of pregnancy, labor, delivery, and several weeks of postpartum bleeding and discharge, your vagina would give you a break. But still, many women don't feel 100 percent back to normal "downtown" by the time they get the OK to resume sexual activity. A lot of new moms are hesitant to approach their doctor with the embarrassing, but necessary question: "Is my vagina more dry postpartum than when I was pregnant?"

The answer for many women, unfortunately, is yes.

According to Healthline, your estrogen levels decline dramatically after giving birth, and, since estrogen is the hormone that boosts the flow of blood to the genitals and increases vaginal lubrication, that could cause dryness down there. Vaginal dryness can be especially prevalent if you are nursing. According to Parents magazine, breastfeeding restricts the production of estrogen which can cause the tissues inside your vagina to become thinner and drier than usual. But lack of estrogen isn't the only thing to blame. According to Women's Day magazine, the milk-making hormone prolactin can also cause a drop in a new mom's libido – as if there wasn't already enough getting in the way of your return to the bedroom.

In order to combat vaginal dryness, you can try using a water-based lubricant when having sex. However, you should avoid petroleum-based lubricants if you are using condoms, as they can compromise the latex. Healthline also suggested talking to your doctor about using prescription estrogen creams or vaginal moisturizers. Avoid douches, vaginal sprays, and powders which irritate the tissues and can make you prone to an infection. Finally, remember to drink lots of water, and consider increasing foreplay.

If your vaginal dryness does not get better when you stop nursing, or comes with symptoms such as shakiness, palpitations, irritability, difficulty sleeping, weight gain, fatigue, sensitivity to cold, depression, or dry skin, Healthline warned that you may have a condition known as postpartum thyroiditis. This is a treatable inflammation of the thyroid gland. Contact your doctor right away to be tested.