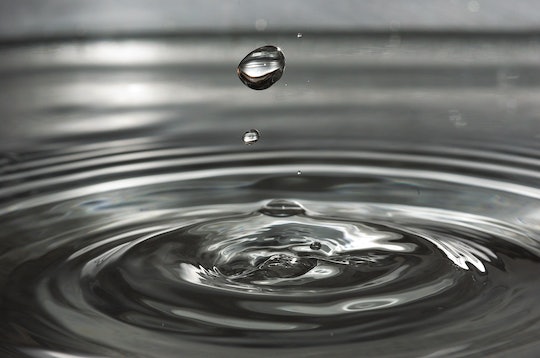 Is My Vagina Wetter During Pregnancy?

When you get pregnant, having sex may or may not be on your to-do list. For some women, first trimester symptoms like nausea and exhaustion make sex pretty much a non-starter. For others, however, there's a boost in sex drive once you become pregnant. Whether you're having sex during your pregnancy or not, you might notice that your vagina goes through some changes over the course of those nine months. One of those changes could have to do with vaginal discharge. You might wonder, is my vagina wetter during pregnancy?

As it turns out, it might be. According to Parents, you may experience an uptick in the amount of vaginal discharge early-on in your pregnancy. This increase in secretions is due to the increased production of estrogen and progesterone, which amp up at the beginning of your pregnancy, hence why the first trimester can be a little less dry than usual. Additionally, according to The Bump, more blood flow to your reproductive organs and vagina can also make discharge worse. According to Word of Mom's guest post on the What To Expect website, vaginal discharge can also feel like a gush of wetness that ends up in your underwear. There's pretty much nothing comfortable about that situation — wetness in your underwear for any reason at all typically feels gross. Oftentimes, though, it's perfectly normal and linked to your fluctuating hormone levels. Don't fret.

Some pregnant women find that they even need to start wearing a panty liner or regularly changing their underwear as they progress through their pregnancy. Although this is normal during your pregnancy, that doesn't mean it's any less embarrassing or also a bit of an added expense.

Again, more often than not, increased vaginal wetness during pregnancy is entirely normal and isn't a sign that there's anything going wrong. That being said, according to the aforementioned piece from Parents, if you're concerned that the fluid in your underwear could be amniotic fluid that's leaking, or if your discharge begins to take on a terrible smell, you definitely need to prioritize a discussion with your healthcare provider, because those could be signs that there's something that's not-so-routine going on. Furthermore, as the previously-mentioned What To Expect post noted, feeling a wetness in your underwear can be an anxiety-ridden moment. It is completely acceptable and valid for you to rush to the bathroom whenever you feel yourself getting a little damp, just to make sure everything seems OK. And don't let anyone tell you otherwise.