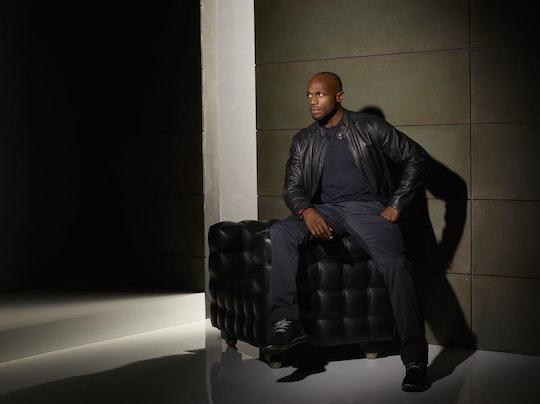 Is Nate Dead On 'How To Get Away With Murder'? He Seems Like The Likely Victim

The Season 3 premiere of How to Get Away With Murder ended with one of the show's signature flash-forwards, giving the audience a glimpse of the tragedy that will likely take all season to figure out. This time Annalise arrived home to find yet another dead body being taken from her home, which was also burning down in the background. Annalise demanded to see who it was, but the camera stayed with her reaction instead of revealing any answers to the audience. Still, Annalise's reaction might be very telling, because she totally lost it when she saw who it was. There aren't many people Annalise cares for enough to break down that intensely over, so it must be someone close to her – and there are few closer than a lover. So is Nate dead on How to Get Away With Murder?

It wouldn't be HTGAWM without a murder to figure out, but this year it looks like the crime is hitting even closer to home than previous years. Even though Annalise's husband was one of the very first victims on the show, their fraught marriage made it hard to get worked up over his death; Nate would be another story. Nate has spent three years as a regular part of the show, fighting with Annalise but unable to stray from her side for long. After going through so much together, his death would hit her hard.

Though Nate and Annalise's relationship has been the definition of messy in the past, they seemed settled and strong in the premiere. Nate is one of the few people Annalise can count on and take comfort in after every crazy thing that has happened over the last two seasons. Unfortunately for Nate, he's in the perfect position to bite the dust: while he's a regular part of the cast, the plot of the show wouldn't necessarily suffer if he were removed from it. His death would have a profound effect on Annalise but it would also maintain the status quo.

Though Annalise has unique relationships with all the characters on the show, and obviously feels a level of protectiveness for the Keating 5, there aren't many characters whose death would send her into a tailspin. The only guarantees are Wes, Bonnie, or Nate because their relationships with her are the most deeply personal. Out of those possibilities, the chance of it being Nate is high. It does feel as though the character may have run his course on the show, so his death would provide a big, final impact on Annalise before he's gone for good.