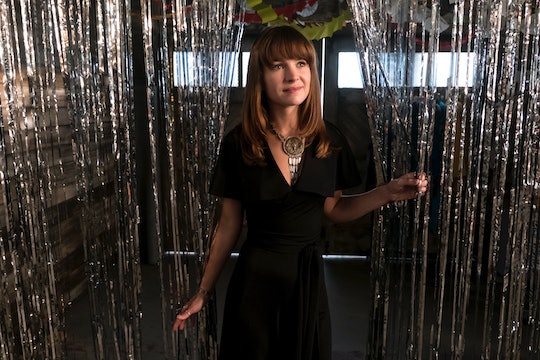 Netflix has truly #blessed its viewers this month with the release of new content, one of the most exciting being Girlboss. The series is the brainchild of CEO powerhouse Sophia Amoruso, Pitch Perfect writer Kay Cannon, and actress Charlize Theron, so you know it's going to be binge-worthy. Amoruso is most commonly known as the founder of the brand Nasty Gal; she's also an author of two books and has since started a media company, aptly named Girlboss. But is Netflix's Girlboss based on a book? Sophia Amoruso published her memoir of the same name back in 2014.

In case you don't know who Sophia Amoruso is, here's a crash course: she started an eBay store when she was 22 years old and started selling vintage clothing for big bucks. She then ventured off into her own clothing site, Nasty Gal, where she grew the site into a business worth hundreds of millions of dollars. Unfortunately, the company filed for bankruptcy in 2016, but not before Amoruso became the author of two novels and started a media company. The first of those books is #Girlboss, her autobiography. In #Girlboss, Amoruso documented how she went from dumpster diving for bagels to the CEO of the multi-million dollar venture.

Not only did #Girlboss become a bestseller, but the word became a common phrase simply meaning, "a woman doing her thing and being great at it." Now, Amoruso is no longer a retail CEO, but she is a media CEO — and now she's venturing into television production. The Netflix series is indeed based on her memoir. While it's not a documentary or a straight retelling of Amoruso's story, the plot does take inspiration from her "rags to riches" narrative.

"I'm proud that this show is coming out, and I'm proud of the message that it's sending," creator and showrunner Kay Cannon told PopSugar in an interview. "Hopefully [it gives] all women permission to take risks, to dare to suck and fail, and to pick themselves back up and face things. Hopefully it will empower and inspire women."

Given the powerful story behind the series, it's likely that Cannon's hopes will come true. Knowing Amoruso's real life struggles, both before and during Nasty Gal, will no doubt enrich the show. Girlboss is "loosely" based, so not everything will be the same, but viewers will get to see how the original "girlboss" got her title.