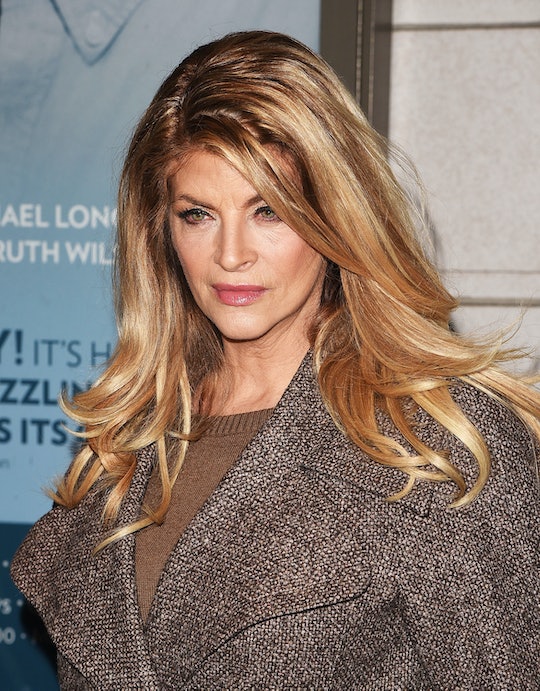 It's another day, another killer on the loose on Scream Queens, and the Chanels and Co. are trying their best to find out who's behind it all as soon as possible. Of course, these are the Chanels we're talking about, so it's kind of understandable if it takes them a while to actually land on the answer. Denise may be convinced that Zayday is the killer, but I have a different theory. What if Nurse Hoffel is the Green Meanie on Scream Queens? I mean, she's definitely not the Green Sweetie (bah dum bum). She's made it very clear that she doesn't think the Chanels have any business working at the hospital (fair point, TBH), and she's been acting pretty damn sneaky.

Right from the get-go, Nurse Hoffel, played by a very sinister Kirstie Alley, let the Chanels know that they were absolutely not doctors, and that they were not medical professionals in any sense. Basically, she made it pretty clear she did not like them walking around and pretending that they know stuff at all. None of this explicitly points to Hoffel being the killer, however, this threatening behavior could be something to look out for. Then there's the fact that she also appears to have been spying on people, notably Dean Munsch.

I think it's fair to rule out Dean Munsch as a suspect because she's been attacked by the Green Meanie him/herself. While the Meanie is pretty preoccupied with killing hospital patients (nobody's managed to survive after they've been cured), he/she may have been widening the target range. The Meanie did not kill Chanel No. 5 because he was apparently scared off by Chamberlain. The Meanie later attacked Dean Munsch, as well as Chamberlain, though curiously left Zayday alone. He/She was also implicated by Hester as being responsible for the death of Chad (RIP, buddy).

Nurse Hoffel hasn't been seen anywhere near the Meanie, and has been seen listening in at the door to Munsch's office, as well as placing a bug under her desk (maybe). Since she doesn't seem to have any particular loyalty to Munsch, why is she working at C.U.R.E? Maybe she was the nurse who helped the doctor dump that man's body in the swamp 30 years ago, and now she's killing cured patients to keep them from telling anyone about the hospital so that she won't be discovered. Maybe, as Reddit user Jesuispasjacob has guessed, she's actually the mother who gave birth that Halloween 30 years ago, and who's husband was killed and dumped in the swamp.

Obviously, this is just a half-baked theory. But I still don't trust her.