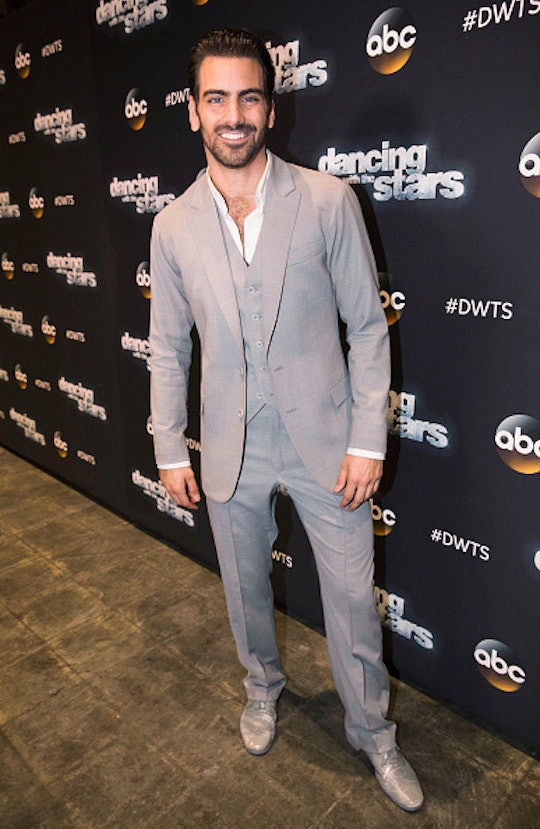 Is Nyle DiMarco Single On 'Dancing With The Stars'? The Model Is Busy

Recently on Dancing With the Stars, partners were swapped and chaos ensued. Well, at least for most partners. Not for Nyle DiMarco. It was obvious on the show that over the past few weeks, Nyle DiMarco and Peta Murgatroyd had formed an intense bond, and everyone was eager to see how DiMarco fared with a different partner. Well, he's clearly got a natural grace and talent it seems, because even though he had never danced with Sharna Burgess before, the two earned an incredible 37 points out of a possible 40, proving he can sweep anyone off their feet. Which might have you wondering if Nyle DiMarco is single.

In the video package, Burgess was trying to get DiMarco to connect emotionally with the music. She asked him if there was a relationship that he'd been in that he could use to connect with the waltz. When DiMarco responded that he was in a relationship for 10 years, Burgess asked, "Was he deaf, too?" to which DiMarco responded sweetly, "She was deaf." DiMarco publicly described his sexuality as "fluid" in a tweet in 2015. The Everyday Feminism article he linked to says just "because a person may prefer men right now doesn't mean that will hold true for the rest of their life," when describing a fluid sexuality.

At the moment, the model, actor, and apparently incredibly talented dancer, is single, as it was mentioned in an In Touch interview in April 2016, that the star was currently dating anyone. In an interview with MTV in October 2015, the model was asked if there was a "lover" in his life at the moment. He responded, "Not yet. I’ve been too busy building my career. I travel a lot too! It wouldn't be fair for the other half."

I can only imagine that with modeling, his recent acting projects including a short role on Switched at Birth, and the short film Inclusion, in addition to his schedule on Dancing With the Stars, this is more true now than ever. It seems like DiMarco is taking some time for himself, and it is definitely paying off. He could always win his next partner over with a shiny mirror ball if he goes all the way.