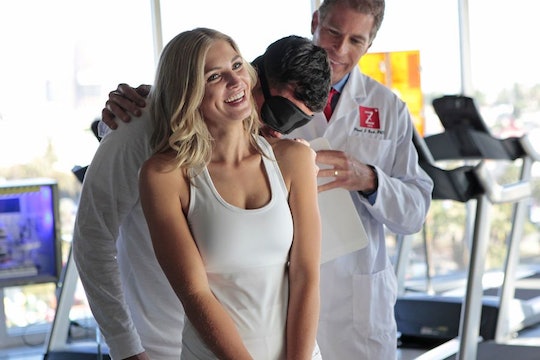 Is Olivia Caridi Friends With 'The Bachelor' Contestants? She's Moved On From Her Show Persona

"I didn't come here to make friends" is one of the most overused phrases in the Bachelor language. While it is usually a foolproof way of spotting the season's villain, it's not entirely false. If you're going on The Bachelor with the right intentions, in a way, you're not going on the show to make friends. That certainly seemed to be the mentality for "winning" contestant Olivia Caridi, who was The Bachelor instigator for Ben Higgins' season. She wasn't mean to any of the women, but the other contestants certainly seem to take issue with a lot of the things she said or did, which might make you wonder if Olivia is friends with any of the Bachelor women now that the show is done filming.

While on the show, Olivia became the queen of "Can I steal him?" which upset the women on the show a lot. More often than not, Olivia would do this while already holding a rose, but to her, that rose meant nothing. In hindsight, it's understandable, but at the time of the episodes airing, it was incredibly infuriating. Many of the women threw Olivia's name out there when telling Ben about disingenous people in the house. She had to defend her character (and her body) to Ben, which suggested that she was on the outs with the other women in the house. But is that actually the case? Despite the "I didn't come here to make friends" aura that Olivia gave off, is it possible that she walked away with any friends at all?

Although it's not the most official way to judge friendships, it appears that post-Bachelor Olivia is still on good terms with some of the women on the show. I'm not saying she's best friends with all of them — I don't think an Olivia and Emily friendship bracelet is in the process of being braided — but it looks like she has a relationship with some of them. As you can see above, Olivia and JoJo are on taking-pictures-together terms, which is promising, to say the least.

A friendship that might surprise you is the one of Amanda and Olivia. The two never seemed to get along on the show, especially after Amanda took offense to Olivia's Teen Mom comment. But, perhaps this photo means we didn't see all there was to their friendship. That, or the two have moved on from their differences on the show and have become friends.

Beyond the contestants on this season, it appears that Olivia has made friends with some other Bachelor Nation people. Olivia posted a photo of her and Sharleen Joynt (special appearance by Izzy, from Ben's premiere episode) just a few days before "The Women Tell All." Clearly Olivia is able to make friends, whether she went on the show for that reason or not.