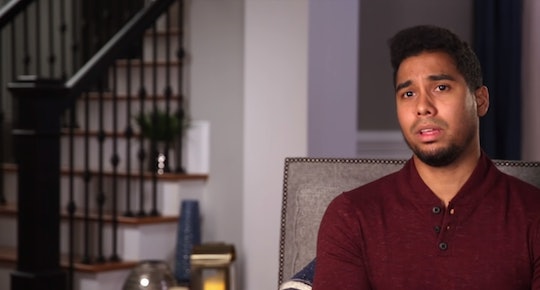 Pedro Wants To "Disappear" To The Dominican Republic

Chantel and Pedro have been one of the most talked about couples of the 90 Day Fiancé franchise. They, along with their families, have been at odds from the start, and things just seem to be getting worse for the newlyweds on 90 Day Fiancé: Happily Ever After?. Pedro says he’s going on vacation to the Dominican Republic, but you can’t help but wonder if Pedro is going to leave Chantel for good.

In an exclusive clip for the new episode, you see Pedro packing for his trip to the Dominican Republic, and Chantel is questioning what he’s going to do when he gets there. She tells him she thinks his family is going to brainwash him against her. In a confessional, she questions his motives for going.

“I know that Pedro really wants to go back to the Dominican Republic to see his family, but I don’t trust them.” Chantel says. “I think that they want Pedro to send just enough money for them to start their business, and for him to divorce me and come back, and help them run it.”

So why is he really leaving? On the last episode of 90 Day Fiancé: Happily Ever After?, Pedro and Chantel are on a double date with another couple and they talk about Pedro’s plans to go to the Dominican Republic for a month without Chantel. Their friends try to convince Pedro to take Chantel with him, but the conversation turns into a fight between the couple.

“Her family’s perfect, she never do nothing wrong,” Pedro says. “The problem is me. That’s why I need my time and f*** off.” Later in a confessional, he says that he feels like he needs to “disappear” because Chantel is not on his side and she doesn’t support him.

In the midst of all this drama, Pedro and Chantel try to find out how he can extend his green card. But while they’re talking to the immigration lawyer, he asks if he can still keep his green card, even if they are seperated. This raised a red flag in Chantel’s mind, so she asks the lawyer what condition would warrant getting Pedro’s immigration revoked. The lawyer tells her that if the marriage was entered under false pretenses, Pedro’s green card could be taken away. The whole conversation sparks a suspicion in Chantel’s mind — one her family’s had from the beginning — that Pedro married her just for the green card.

It’s still not clear if Pedro is leaving Chantel for good, but it sure looks like he might. Fans will have to continue watching the rest of the season to find out how things unfold.