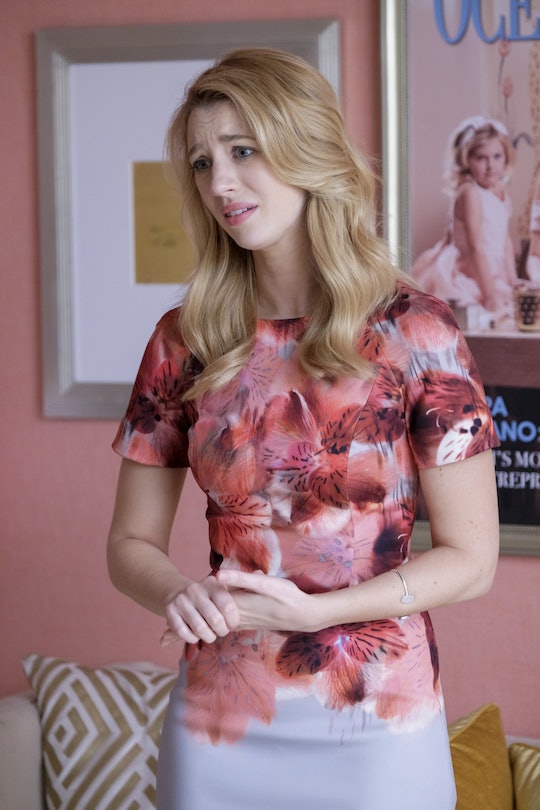 Petra May Face Danger On 'Jane The Virgin'

It seems Petra always picks the wrong guy. At the end of last week's episode of Jane the Virgin, Petra packed her bags to go with Chuck to Pensacola in the hopes of finding some evidence that will help acquit Anezka. Little does Petra know, the main suspect is no longer her sister but the person sitting right next to her... with a gun in the backseat. So is Petra in danger on Jane the Virgin? It certainly looks that way.

During "Chapter Sixty-One," Rafael's private investigator discovered that Scott had written about a guy named "JP," who Scott was going to "shake down" the same day he died. Anezka later revealed to the police that JP stood for "Jerky Pants," which is what she and Scott called Chuck, who is obsessed with eating beef jerky. So it looks like Chuck may have been the one who killed Scott, and since Petra made it clear she was looking for evidence to clear her sister, maybe he figured it would be in his best interest to get rid of Petra now before she finds out the truth.

It was his idea to help Petra look for information to clear Anezka, after all. At first, Petra just planned to have Rafael's P.I. continue to look into it, but Chuck, ever so helpful, stepped in to assist. At the time, it just seemed like he did it because he knows that Rafael still has feelings for Petra. But maybe he really did have ulterior motives. Why else would he bring his gun along, if not to use it against her?

Well, it's also possible Chuck just had his gun in his car because he always carries a gun. Maybe he really does want to help Petra and he didn't kill Scott. Almost every episode since Scott died has presented a possible murder suspect, so it wouldn't be surprising if Chuck is just another red herring. Still, Petra does have a knack for finding herself involved with killers and criminals.

Either way, even if Chuck is really evil, Petra will totally make it out of this alive. For one, she's Petra. She's smart, manipulative, resourceful, and she won't go down without a fight. Secondly, she told Rafael where she was going and with who, so once Rafael learns who JP really is he'll know where to find her. Third, the show already killed off Michael (RIP) this season; they're not about to kill off Petra too. Right?!?!

You can see how Petra fares when Jane the Virgin airs on Monday at 9 p.m. ET on The CW.