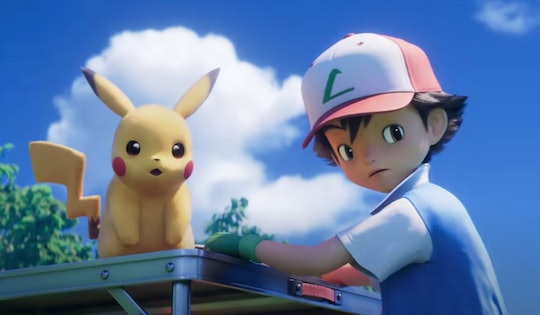 Brand New Season Of 'Pokémon Journeys: The Series' Is Coming To Netflix

Starting in June, brand new Pokémon content will be on Netflix for you and your kids to obsess over. Netflix announced on Thursday that the upcoming season of Pokémon Journeys: The Series will premiere exclusively on the streaming platform in the United States.

"With their tremendous reach and ability for fans to enjoy content anytime and anywhere, Netflix is the ideal partner to premiere new episodes of the beloved animated Pokémon series in the U.S.," Emily Arons, senior vice president of international business at The Pokémon Company International said in a press release. "We can't wait for Pokémon fans of all ages to continue discovering the spirit of adventure and friendship in Pokémon Journeys: The Series, our newest season coming to Netflix this June." Previously, as The Verge reported, Pokémon aired Cartoon Network and Disney XD.

Pokémon Journeys: The Series, the show's 23rd season, will premiere on Netflix on Friday, June 12. This brand new series to come from Pokémon focuses on Pokémon trainer Ash Ketchum and his trusty partner Pikachu as they attempt to explore "the wide world of Pokémon." Netflix will release all 12 episodes of the new season that Friday and will continue to add new episodes each quarter.

The new trailer for Pokémon Journeys: The Series reveals there's a new theme song by Walk off the Earth, creatures "teeming with mystery", and an appearance from the Mythical Mew. "What I want is to catch a Pokémon that no one has seen before," Ash's new friend Goh says in the trailer.

But this won't be the only Pokémon programming on Netflix; you can currently watch four different shows and movies while you wait for Pokémon Journeys: The Series to debut. There are three seasons of Pokémon The Series: Sun & Moon and one season of Pokémon: Indigo League, both of which take viewers on another one of Ash and Pikachu's adventures. And for movie fans, you can watch Pokémon The Movie: The Power of Us, Pokémon The Movie: I Choose You, and the Netflix exclusive, Pokémon: Mewtwo Strikes Back — Evolution.

So if you're looking for Pokémon related content to watch while you spend your days inside, it looks like Netflix has it all. And be sure to mark your calendars for June 12, 2020.