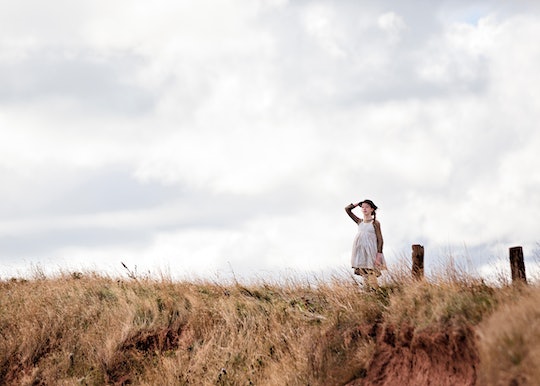 The Setting Of 'Anne With An E' Is So Important

Netflix will soon gain Canada's latest on-screen adaptation of Lucy Maud Montgomery's classic series Anne of Green Gables, which aired on CBC this past spring. The first seven-episode season, titled Anne with an E, comes from Breaking Bad alum Moira Walley-Beckett, who wrote every episode while acting as showrunner. It promises a darker, more explicitly feminist look at literary heroine Anne Shirley, an orphan sent to help out on a Prince Edward Island farm, whose adoptive parents, siblings Matthew and Marilla Cuthbert, initially reject her because they asked for a boy. Those unfamiliar with the books may wonder: is Prince Edward Island a real place?

In fact, Anne of Green Gables is considered one of Canada's greatest cultural exports for its iconic portrayal of the landscape. And not only is Prince Edward Island a real place, but so is Green Gables. The Canadian province of Prince Edward Island consists of the main island of the same name and several smaller islands just off the coast of New Brunswick and Nova Scotia. Montgomery based the setting of her books on her cousin's farmhouse, which is located in the town of Cavendish on Prince Edward Island's north coast. (Anne's town of Avonlea is fictional.)

The property got its name from the farmhouse's gables, which were painted dark green in contrast to its bright white outer walls. Montgomery spent time there as a young girl, drawing inspiration for the rural, romantic setting of her books, and the house is now a designated national historic site. It's one of Canada's most notable literary landmarks.

Tourism by Anne of Green Gables fans is a huge part of Prince Edward's Island's economy. She even got her own Canadian postage stamps and had her likeness on the provincial license plates at one time. There's also an Anne-inspired Avonlea theme park in Cavendish now called Avonlea Village. Montgomery drew heavily on local nature scenes to create fictional analogues in the books. For example, the Haunted Woods in the story were based on the real life forest Balsam Hollow, and The Lake of Shining Waters was inspired by Campbell Pond.

The books, which span 30 years of Anne's life, were written between 1908 and 1939. According to the book Looking for Anne of Green Gables: The Story of L. M. Montgomery and Her Literary Classic, Montgomery would work on the story while sitting at her window at twilight, overlooking the fields of Cavendish. It's no wonder the series' setting is so evocative and such an important character in the story.