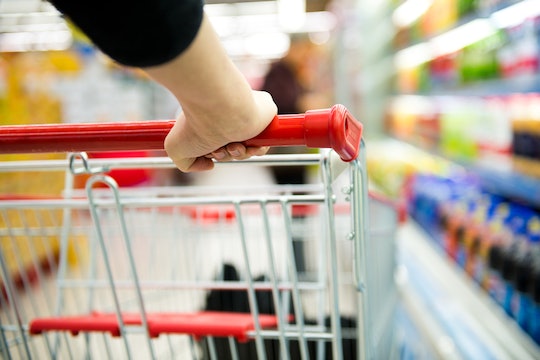 Yes, Publix Will Be Open On Veterans Day, & Veterans Get A Special Discount

Veterans Day falls on Monday, November 11 this year. Federal holidays typically mean kids have the day off from school, and places like banks and post offices are closed. Retailers usually stay open though, and even run special sales, so if you're wondering what Publix's Veterans Day 2019 store hours will look like, don't expect any surprises.

Publix stores will have regular hours on Veterans Day, according to the website. They're also actually offering a special discount to veterans and their families. Show a military ID at any Publix on Sunday, November 11 and you'll get 10 percent off your grocery bill. That's one great way to say thanks to vets.

The United States is home to about 18.5 million living veterans, according to the Census Bureau's numbers for 2016. Those men and women will be honored with parades all over the country, including the massive New York City Veterans Day Parade. If you want to check it out but don't live in the area, it'll be streaming live on military.com.

If you're looking for a more personal way to honor a veteran in your life or your community, Military Spot suggested sending a note or thank you card — especially to older veterans who may be living in nursing homes. You can also bring flowers to a veterans' memorial, or simply fly your American flag and observe a moment of silence or recite the Pledge of Allegiance.

Treating a veteran to a meal is another great way to honor them on Veterans Day. You can whip up your own meal at home (clearly you'll be able to pick up groceries since Publix and other stores will be open), or you can snag a freebie for them. Dozens of restaurants are offering free Veterans Day meals either on Sunday or Monday, according to The Spruce. Chains like Applebee's, Olive Garden, T.G.I. Friday's, and Golden Corral are all taking part. Many retailers also peg sales to Veterans Day, which can make it a good time to get a head start on holiday shopping according to Nerd Wallet.

And while sales and discounts might be nice, the true focus of Veterans Day should be on the vets. The day used to be known as "Armistice Day", according to History.com, because it commemorated the signing of the armistice that officially ended World War I. The name was changed to Veterans Day in 1954, according to the Department of Veterans' Affairs, and became a day to honor all living veterans. That makes it distinct from Memorial Day, which specifically honors military men and women who have died while serving according to The Old Farmer's Almanac.

Because Veterans Day is a federal holiday and non-essential government offices are closed, many federal workers will have the day off according to Federal Pay. Everyone else probably won't be as lucky. The Balance estimated that just 20 percent of workers get a paid holiday for Veterans Day. The next federal holiday on the calendar is Thanksgiving, and Publix is among the companies giving its employees the day off.

More Like This
If Your Kids Love Their Elf, You Don't *Have* To Put Him Away On Christmas
20 Ways To End Your Elf On The Shelf For Good
Experts Don’t Want You To Leave Your Fake Tree Plugged In
15 Elf On The Shelf Ideas That Involve The Family Pet

This article was originally published on November 4, 2018