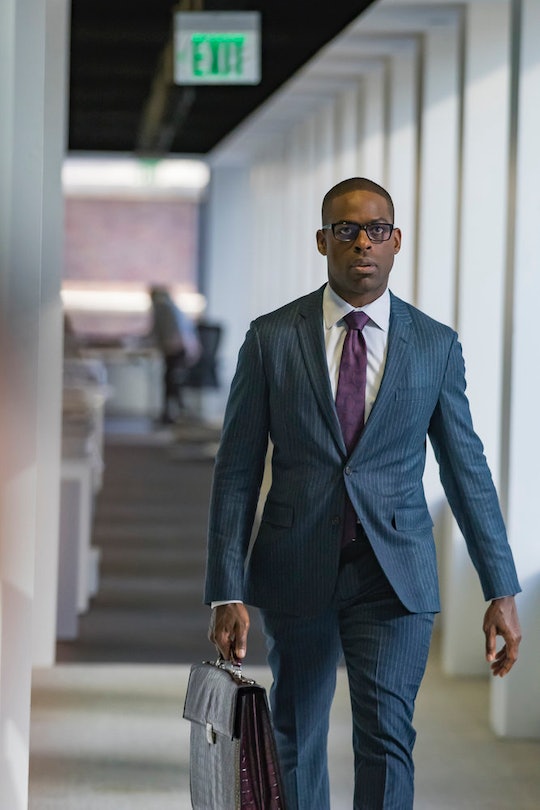 Randall's Health May Be Cause For Concern

Last Tuesday sent the internet into full on panic mode when Randall's hand started shaking on This Is Us, prompting fans to immediately wonder if this was cause for concern. Why highlight the moment if it didn't mean anything? Or do the writers know we would jump to the worst possible conclusion and are just trying to mess with our minds? Anything is possible right now, but for the time being viewers have found themselves plagued with one very important question: Is Randall sick on This Is Us? Given the amount of stress going on in his life right now, I'd say he could be headed toward a downward spiral.

Beth has mentioned to William in the past that Randall suffers from anxiety when his stress levels get too high. With that in mind, there's a good chance that shakiness is a warning sign that he needs to slow down before the pressure gets the best of him. It would certainly make sense, especially considering that William is growing weaker and weaker by the day now that he's no longer doing chemo. Then there's the fact that things at work aren't going very well either now that Randall's coworker appears to be stealing his clients right out from under him.

I don't blame Randall for being stressed. He's a perfectionist and is basically one of the most admirable/adorable characters on television. (This is mostly because Sterling K. Brown is phenomenal at everything he does.) But he's taking on too much and it could end up catching up with him in a big way. But stress isn't the only possible cause for what may be going on with him these days.

Shaky hands can also be a symptom of something much more serious like Parkinson's disease. According to the National Parkinson Foundation, experiencing tremors or shaking can be an early sign of the disease. Meanwhile, multiple sclerosis (also known as MS) also comes with the side effect of tremors or uncontrollable shaking, according to the National Multiple Sclerosis Society. So if the writers of This Is Us really wanted to hit us where it hurts, they'd set up an even darker plotline than we ever expected. I definitely don't want this to happen and don't even know for sure that it will come to pass — I'm just trying to prepare myself for the worst possible scenario, because losing Jack is hard enough. I don't want to have to worry about Randall as well.

Series creator Dan Fogelman had a few things to say on the matter as well during a recent interview with Entertainment Weekly:

In our second episode of the show, it was one of the things I liked best early on that we locked into — Beth telling the story of Randall’s breakdown and how his vice is his goodness and his desire to be perfect. Suddenly this man is beset on all sides by various stresses, at his work and especially at his home. And this is the episode we start seeing the effect of it, and as we head into next week and the future weeks, we start seeing it in full.

He makes it seem like it's just stress related and not one of the other options I listed above. I suppose, for now, all we can do is wait and see and hope for the best. #PrayForRandall