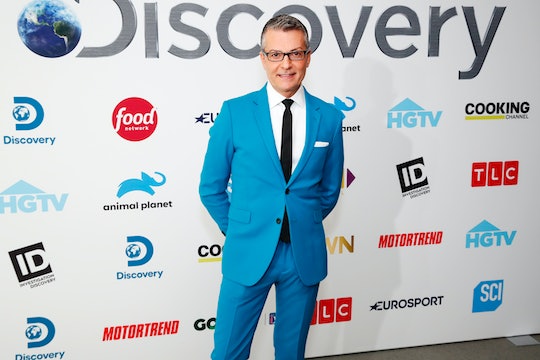 Any wedding fanatic knows all the glory that is Say Yes to the Dress. The show wouldn't be nearly what it's come to be without the finesse and care of consultant Randy Fenoli. With his quick wit and bold yet compassionate presence that makes every woman feel beautiful, I'm convinced the guy could make any show watchable. That said, as a new season gears up, is Randy Fenoli on Say Yes to the Dress, or will you have to live your wedding planning dreams without him?

Lucky for SYTTD fans, Fenoli is back for Season 18 with his skilled team of bridal specialists to help brides find the wedding dress of their dreams. The show is the longest running of the network, with millions of viewers tuning in each week to watch brides-to-be find the perfect wedding dress at the premiere upscale bridal boutique, Kleinfeld's. Sometimes the job comes easy for Fenoli, but others, he's tasked with complications such as helping women navigate body issues, familial expectations, last minute needs, women who've been to dozens of stores already, time crunches, and brides who've all but given up on locating something that makes them feel like the queen they are. Fenoli is like a magical fairy sent down from above to wave his wand and make all the wedding dreams come true.

In case you don't already know about the famed TLC bridal host, the Mount Vernon, Illinois native is one of seven children who were raised on a cattle farm. Fenoli taught himself to sew at the tender age of nine and ended up at Fashion Institute of Technology where he won multiple awards. After graduation, Fenoli curated Randy Fenoli for the Diamond Collection and Randy Fenoli for Dressy Creations (bridal collections). He's won prestigious awards for excellence in the industry and worked as Fashion Director for five years at the very bridal salon where the show is shot. His estimated number of brides worked with each year was previously said to be around 15,000, and yeah — that's a lot of wedding bell bliss.

As for now, Fenoli's only just getting started. Though SYTTD (and other shows, Big Bliss, Randy Knows Best, and Randy to the Rescue) may be what he's known for, his latest bridal collection, which he revealed during New York Bridal Fashion Week, is as breathtaking as previous collections. "I was so inspired by the sensory experiences and the real brides I met throughout my travels," he told The Knot back in October. His inspiration, he said, is inclusivity: gowns for women of all shapes, sizes and ages. "I want a dress for every size bride," he continued. "My dresses go all the way up to size 30 with no extra charge."

As an independent consultant for the show and bridal boutique he previously worked at, Fenoli considers himself a "hands-on designer." If you've ever watched Say Yes to the Dress, that sentiment is clear. Not only is he back this season, but so are the brides, stories you can relate to, and even a few celebrity cameos.

It's hard to think of Say Yes to the Dress without Fenoli taking charge. He's the guy who takes a woman's dream and turns it into a reality. Or, even better: he takes a vision maybe even the bride hasn't yet had, creates a dress around her strengths, and allows her to see herself in a new light; the kind of light only a radiant, confident bride can have. Sure, it's just a show. But Fenoli is out here fulfilling a woman's dream. That's not nothing.