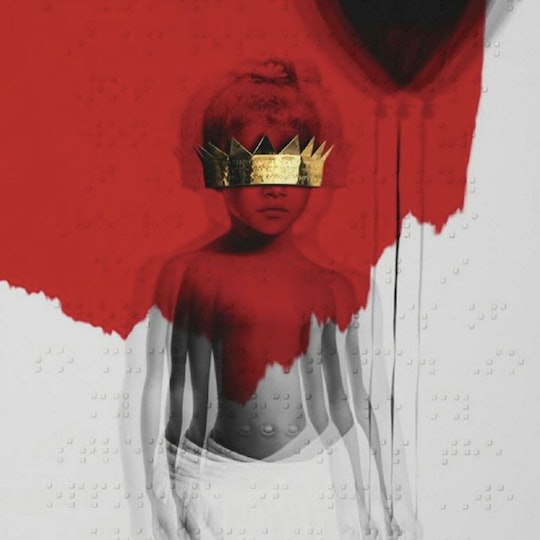 Is Rihanna's New Album Coming Out On Black Friday? "ANTI" Might Be Here Soon If The Rumors Are True

According to several sources online, the rumor is that Rihanna's new album ANTI is coming out on Black Friday, November 27. If true, this would be welcome news for fans of the Barbados-born pop star, who have been eagerly awaiting the release of her eighth studio album since the album's first single "FourFiveSeconds" dropped back in January. The news comes just three days after RiRi announced her ANTI World Tour, which kicks off on Feb. 26, 2016 at San Diego's Viejas Arena. Even if the Black Friday release date turns out to be true, fans might still have to wait just a little bit longer before they can actually get their hands on Rihanna's latest album: In addition to album release date rumors, ANTI could be exclusively released for its first week on Tidal, the Jay Z-backed online music streaming service.

This latest news surrounding Rihanna's much-anticipated and still mysterious album comes after several cryptic teasers this past week of her new album website, antidiary.com, a unique multimedia partnership with mobile provider, Samsung. The visually striking website – heavily decorated with Samsung's logo – beckons visitors to open the website on their mobile device. Once they do, the enigmatic web portal offers little more detail about Rihanna's forthcoming album other than asking visitors to join her album mailing list.

Rihanna unveiled the artsy album website in a series of mysterious ANTI teaser videos, filled with bizarre and intriguing imagery. Fans have not only been left scratching their heads but have only gotten more hyped about what's in store on Rihanna's latest album. Here's hoping Black Friday will bring us ALL the answers as Rihanna unlocks her ANTI diary: