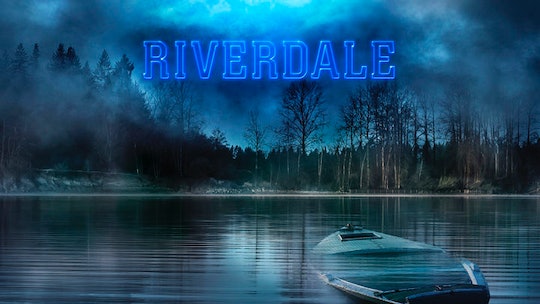 Is It Possible To Go Visit 'Riverdale'?

The CW's upcoming series Riverdale follows a murder mystery in a small town that isn't half as peaceful as it seems on the surface. Riverdale is plagued with all kinds of trouble, from the unexplained death of a high school golden boy to student-teacher affairs. According to a press release for the series, "Riverdale may look like a quiet, sleepy town, but there are dangers in the shadows." There have been many real-life cases of idyllic small towns ripped apart by horrific events, so is there real-life trauma behind the town's quiet facade? Is Riverdale a real place?

Anyone who knows their Archie comics likely already knows that Riverdale is not a real place. It's the fictional home of a bevy of beloved teen characters, including Archie himself, Betty, Veronica, Jughead, Josie of Josie and the Pussycats, and even sometimes Sabrina from Sabrina the Teenage Witch. While there are real towns in the world called Riverdale, don't let the gritty reboot fool you: this Riverdale most definitely isn't real, and neither are the goings-on within it. In the comics, it isn't even clear where the town is located in the United States. However, despite being fictional, Riverdale did have real inspiration in the original comics.

Two of the original Archie creators, John L. Goldwater and Bob Montana, claimed Riverdale was inspired by their respective hometowns. Goldwater was from Hiawatha, Kansas and according to him, he took some inspiration from a former classmate when it came to developing the Archie characters. "I had gone to school with a boy named Archie who was always in trouble with girls, parents, at school, etc," Goldwater revealed. Montana also took inspiration from his high school experiences and classmates, though he was from Haverhill, Massachusetts.

As for Riverdale's location, that's a difficult one to pin down. In a 1942 issue of Jackpot Comics, the Archie crew were shown visiting Bear Mountain in New York on a trip, but that's no guarantee their hometown is located on the East Coast. In an issue of Archie and Jughead Digest, a reader wrote in to ask about Riverdale's location and received this response from an editor: "Riverdale is more of a state of mind than an actual physical location. It could be anywhere that kind people live and just have fun, like Archie and his friends. It could be in the Midwest, or along the Eastern Seaboard, or even a town in Canada, Mexico, or England."

The Riverdale of Archie comics is an idealized, all-American town that's meant to stand in for any number of real places instead of representing any particular place. The CW's Riverdale looks like it's planning to take that idealized location and explore its darker side, which should make for an interesting story.