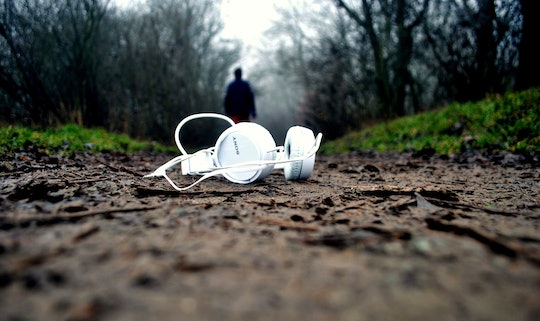 It's hard to believe that's been three years since the podcasting world first heard the name "Adnan Syed." But thanks to Serial, a podcast by the producers of the weekly public radio show, the true crime genre got quite the bump. Season 2 of Serial tackled a story equally as real — the story of Army deserter Bowe Bergdahl's capture by the Taliban and subsequent and controversial release five years later — but it had far less of that "must listen" factor than the Baltimore suburb high school murder of Season 1. Now Serial is back with it's first spinoff podcast, S-Town. Is S-Town a true story? Its premise is certainly full of intrigue.

Hosted by Brian Reed, a producer for This American Life, S-Town boasts an impressive roster of producers and editorial guidance, including both Sarah Koenig and Julie Snyder of Serial fame, Ira Glass from This American Life, and Starlee Kine from The Mystery Show podcast. Given that none of these audio-only series are known for their works of fiction, S-Town is just as real as any story told on Serial, This American Life, or The Mystery Show. And that's what makes this latest podcast to top the iTunes charts so gripping is the fact that every word of it is true.

According to Reed and the podcast's website, the journey to S-Town began with an email that was sent to the producers of This American Life. The show's is not officially described as a true crime story, since it evolves into something else entirely over the course of its seven episodes. From the S-Town website:

John despises his Alabama town and decides to do something about it. He asks a reporter to investigate the son of a wealthy family who’s allegedly been bragging that he got away with murder. But then someone else ends up dead, sparking a nasty feud, a hunt for hidden treasure, and an unearthing of the mysteries of one man’s life.

As it is revealed in the show, the email came from the very real John B. McLemore, an eccentric clockmaker from Woodstock, Alabama, which is also a very real town with a population of just under 1,500 people, according to 2010 U.S. census. In fact, the email from McLemore predates the creation of Serial, and Reed's meticulous reporting for S-Town was happening simultaneously as Koenig and Snyder produced Serial in 2014 and 2015.

So yes, S-Town is real, but it's meant to be enjoyed more like a novel than true crime television. Reed, who told The Huffington Post that there was "no news imperative to tell this story," acknowledges that while his reporting is real, the delivery is far more deliberate. "My hope for it is that people listen to this kind of in the way that they would read a novel," Reed told the Huffington Post. "Maybe you do it all at once. You sit down and tear through it and that’d be awesome."

And, as the iTunes podcast chart shows within just the first full 24 hours since the release of S-Town, listeners can't get enough of it. All seven episodes of the S-Town podcast are available now for download and streaming on iTunes.