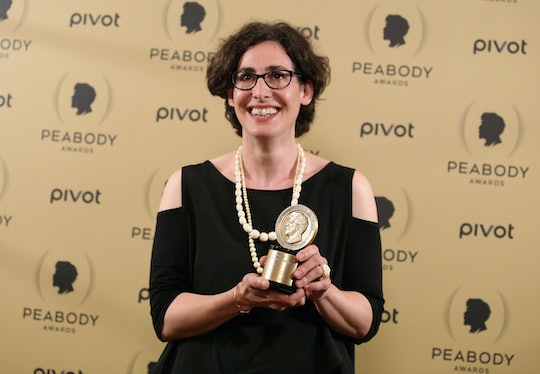 There is a new podcast that has taken over, and for true-crime podcast lovers, it may remind you a lot of Serial. The new trending podcast, S-Town, is very similar to its predecessor, coming from the same family of This American Life and the creators of Serial. Because of that, a lot of fans of the two podcasts might ask if Sarah Koenig is in S-Town. The producer and host captured the attention of many in 2014 with the inaugural season of Serial, and since then fans clearly want more from her. But is S-Town the "more" fans want?

In a way, yes, podcast fans of Serial will get a dose of Koenig, but not in the way they're used to. Koenig doesn't make an appearance in the podcast directly; she is not the host nor is she the lead interviewer. She doesn't lead fans down a rabbit hole of inquiries this time around, but she is involved in the new thriller that is going to capture audiences across the globe.

Despite not being the voice of the new podcast, Koenig is an "editorial advisor" on the podcast, along with Ira Glass and Neil Drumming (both figures in the This American Life world). Julie Snyder also executive produces the podcast, adding another Serial alum to this sure-to-be successful listen. And while it doesn't say exactly what an editorial advisor does, I think we can rest assured that if Koenig is advising on any part of this podcast, it's going to be great.

The host at the helm of S-Town is a new voice to many, but he is no stranger to This American Life. Like Koenig, host Brian Reed has come from years of work at the station, producing since 2011. Now, he's hitting the road and trying to get down to the bottom of the many stories in Woodstock, Alabama.

Reed's approach to the subjects in S-Town will feel very familiar to how Koenig approached the topics of Serial Season 1 and 2. The two hosts both approach the stories with an objective and inquisitive nature. They don't come in with any assumptions, and often question just what they're looking for.

There is no doubt that fans are going to find this podcast just as enthralling as Serial, even if Koenig's voice is not guiding listeners through the story. And with Koenig and the producers of Serial and This American Life at the helm, you know you're in good hands.