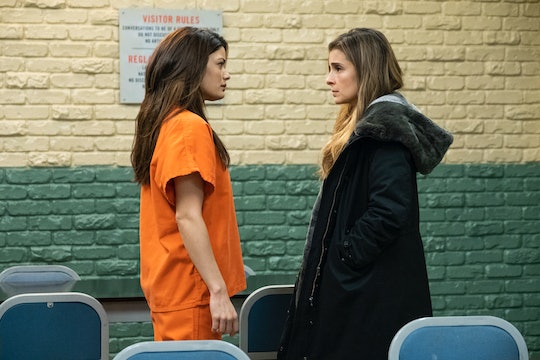 Surprise! The Fourth Season Of 'UnREAL' Is Now Streaming On Hulu

The popular Lifetime series, UnREAL, has come to an untimely end, devastating fans. Thankfully, the hit series isn't just ending without giving its fans a final goodbye. There is one more season left for viewers to watch, but it won't be airing on Lifetime. So is Season 4 of UnREAL on Hulu or somewhere else?

For some fans, it may be surprising that the new season dropped on Hulu since UnREAL was previously airing on Lifetime, but back in May Hulu snagged the first-run rights to the series. So it was always the plan that Hulu would air the show's fourth season, it just wasn't known that it would be the show's last or how soon it would arrive. However, if it makes you feel any better, not only is the fourth season of UnREAL now streaming on Hulu, the entire series is on Hulu!

So if you've never dived into this amazing show now's the perfect time to marathon the whole thing, and see it from beginning to end. If you're unfamiliar with the series, it's a behind-the-scenes look at the chaos surrounding the production of a fictional dating competition program, Everlasting, that's basically a parody of the The Bachelor franchise.

The show stars Shiri Appleby as Rachel Goldberg and Constance Zimmer as Quinn King. The series' first season garnered two Emmy nominations for Outstanding Writing for a Drama Series and Outstanding Supporting Actress in a Drama Series for Zimmer. However, after the first season, viewers weren't as impressed with the second, thus there was a long hiatus between the second and third seasons. Despite the long hiatus, Lifetime had ordered a fourth season of the series ahead of the third season premiere, seemingly showing it still had faith in the series. But then the fourth season was cut from it's usual 10 episodes to a mere eight, leaving many fans worried, and it turns out they had a right to be.

The surprise release of the fourth season and the announcement that this would be the series' last season was apparently not only a shock to fans, but also to the cast. Zimmer told Entertainment Weekly that when she first heard the news about the surprise drop her first reaction was that it was "the most amazing news I've ever heard!" She went on to say, "We were so worried that everyone was going to have to wait another year to see Season 4, which just feels so cruel. But then I was a little sad because, you know, this has been Lifetime's baby, and I feel like we had such a great run. It would've been nice to see it end there, but I get it, and I appreciate that what they were more concerned about were the fans."

Appleby, on the other hand, was very happy about the surprise release. "I feel like we got incredibly lucky," she said. "We just feel incredibly grateful that [Hulu] came in and helped us give the fans what they've been asking for. It just feel like a cherry on top of the entire experience, to be working with them and have them be our home for the end."

So while this is the end of the road for UnREAL, it seems to be slightly bittersweet, as the cast is happy with how the show is going out. Hopefully this means that when the fourth season comes to a close fans will feel satisfied with the ending, and the story is wrapped it completely. In this final season, there's an all-new season of Everlasting with yet another twist. This time around the competition series will feature past competitors from the show's history in an "All-Star" season, because what better way to add drama than by bringing back people who lost the competition before?

UnREAL is now streaming on Hulu.